The final round of the MSA Formula championship ended a mixed campaign for Indians Tarun Reddy and Ameya Vaidyanathan at Brands Hatch GP circuit. 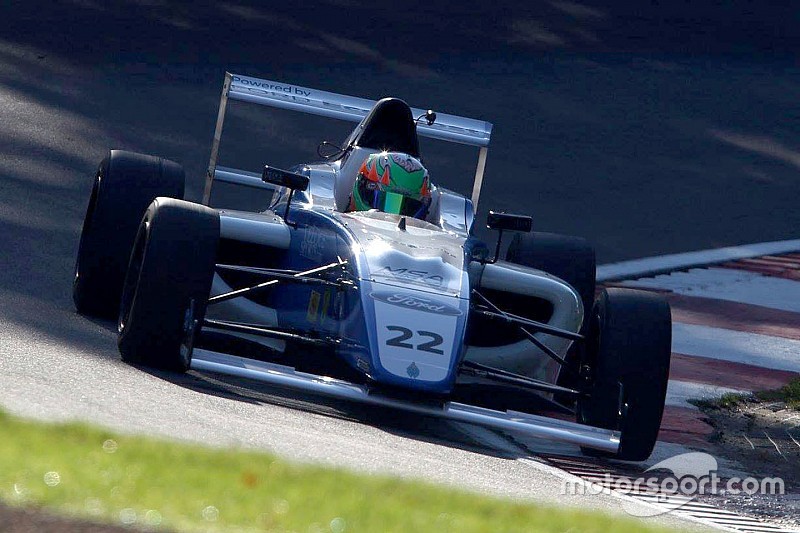 Coming into the weekend, Double R Racing's Reddy was 13th in the standings while a returning JTR's Vaidyanathan sat 22nd (ninth in rookie) as Carlin's Lando Norris stood first.

In qualifying, Reddy was 14th fastest and Vaidyanathan 15th for race one; Reddy received a penalty for exceeding track limits. Norris took pole ahead of teammate Colton Herta and Sennan Fielding (JHR Developments) was third.

Retirement in race one

The first race didn't last long for Reddy as the Indian, after having made up two places to 12th, retired on lap two with mechanical issues.

Same fate bestowed on Vaidyanathan as he too retired from the race on lap 10, after making up four places, running 11th.

With retirement in race one, Reddy started the second race from 18th and made four places up to 14th when another failure meant he had to retire on lap 10.

A poor start from Vaidyanathan saw him drop last in the opening lap, but the Indian fought back and was up to 17th by lap five. With two laps remaining, the JTR driver made a move on Jack Butel and passed him to finish 16th.

In the last race of the season, Reddy finally managed to complete a race after a fighting drive starting from 12th. He dropped to 16th on lap five after contact with Josh Smith for which he was handed two penalty points on his license.

The Double R driver didn't hold back as he made a couple of places up to 14th by lap eight and further gained a place on lap 12 to finish 13th.

Vaidyanathan, meanwhile, started 16th, dropped a place to 17th in the second lap but got the place back on lap seven.

In the end, he finished 15th in the race won by Herta as Norris was second and Ahmed third.

Norris won the MSA Formula title with 413 points as Collard finished second with 371 points and Herta third with 355 points. Reddy ended his campaign 14th with 83 points and Vaidyanathan 22nd with 15 points in the main standings.

The rookie title winner was Ahmed with 440 points as Vaidyanathan finished ninth with 110 points.

Where are Indians racing this weekend (October 6-8)