The legendary TT, the world's oldest motorcycle race, brings in around £7 million a year in revenues and economic benefit to the Isle of Man. This year it was cancelled due to the Coronavirus crisis, disappointing the 50,000 fans who attend the event and millions who follow it around the world.

We speak to Paul Phillips who heads up business development for the Isle of Man government on where the iconic race goes from here and what the future holds for one of the most dangerous forms of motorsport.

Let's start by summing up if we could, what is the fundamental appeal of motorcycle road racing for riders and for fans?

Well, well, I think the TT is obviously the biggest event in the motorcycle road racing world and its appeal, I think is a combination of a couple of key ingredients. One is the sheer spectacle. I can't think of anybody I've ever met that's experienced the TT that wasn't taken aback by the spectacle. In recent years, we've had a lot of people from your world, from the Formula One World come across and every single one of those individuals, they've just been blown away by it. Another key ingredient is the history. The TT is the oldest motorsport event, really, it's the birthplace of motorsport, and everything about the TT is kind of woven into the DNA of motorsport, the iconic place names, the famous names of people that have competed here, and the sheer challenge of it. And then the third thing I think, is the beautiful and unique setting. The massive circuit, 40 miles in length that runs through towns, villages and up across a mountain. And, and the fact it's on this beautiful little green island in the middle of the Irish Sea, I think these three things to together are what make the TT so appealing. 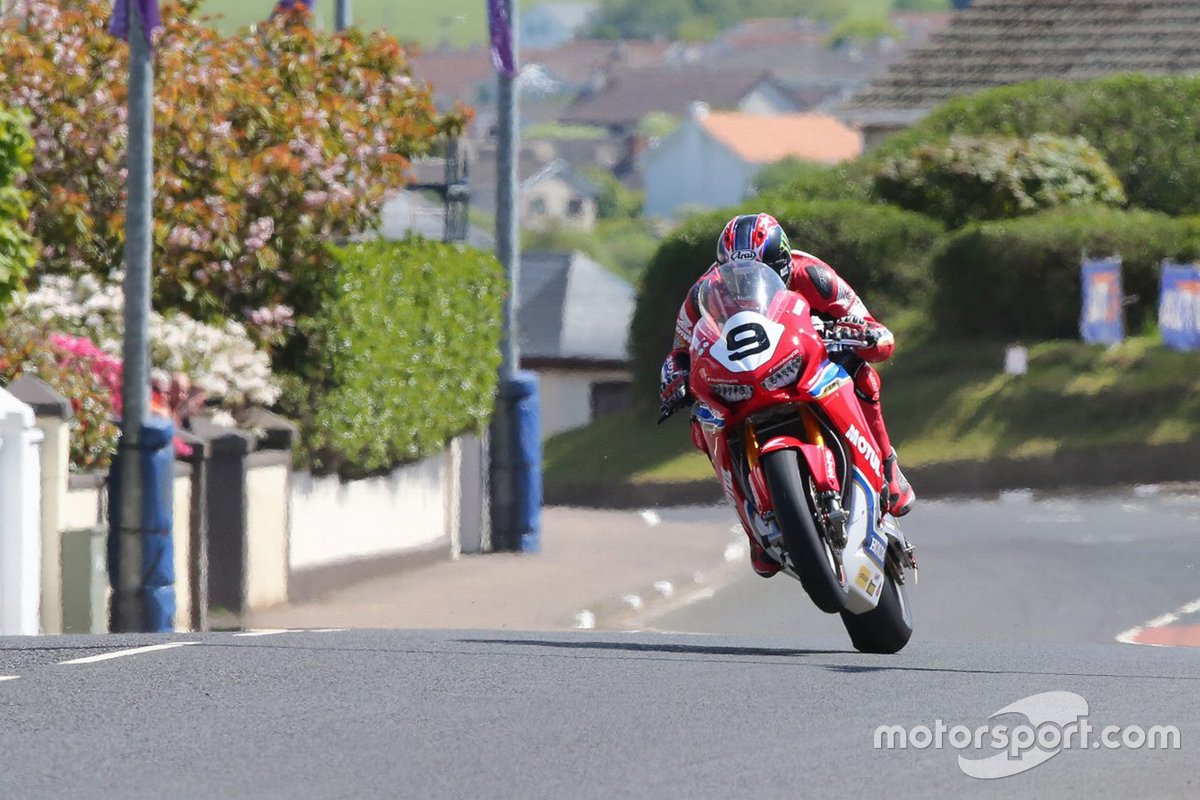 In a world that's obviously increasingly tightly regulated doesn’t your sport basically represent freedom? And some of the other essential qualities that got people excited about motorsports back in the 20th century?

Yeah, I think so. When I started working on the TT was very much different times, more than a decade ago, and, and the event wasn't in particularly great shape. And the danger element - which obviously has always been there and continues to be there - was perhaps not being managed effectively in terms of the risk management itself, but also the way that was communicated. And I think I've always believed that was important to not shy away from the level of risk, but to talk about it from the outset and explain that's part of the challenge and the appeal. And then also to try and explain about how seriously we do take the responsible measures that we put in around it to minimise the risk as best as possible. But accepting that, from the outside, it is one of the most risky sporting endeavours that you can engage in. And I think that approach has really helped us, along with the change as broadcasts has improved, and as the digital world has just exploded, our content and that kind of spectacular, risky core to our event has chimed really well with an audience and taken us to many more eyeballs. 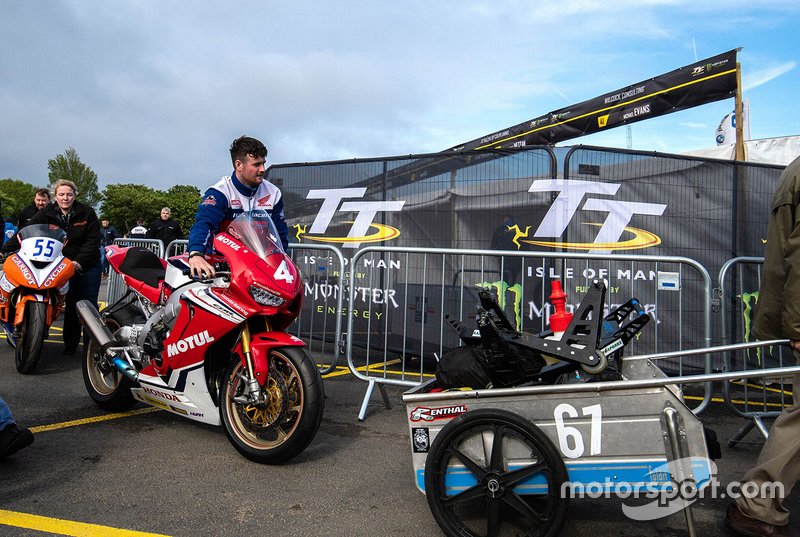 Photo by: Isle of Man TT

Motorsport was always one of the original extreme sports. But obviously, if you look at Formula 1 now it doesn't seem it doesn't seem like an extreme sport, compared to some of the things people do jumping off mountains in bat wings and so on.  The TT is so extreme and visceral. How does that work going forward in terms of its appeal? Does it pull in younger audiences?

The silver lining from the Covid-19 pandemic has been time to take the foot off the gas from event delivery for the first time and to really consider everything that we're doing and might be doing in the future. We're presenting a lot of research information. Everybody's expecting in the sports space to have a crystal ball, and nobody has. That's a fact. The pandemic is showing us that the world can change super quick.

I think we've all got to get ourselves really well prepared for a new type of future and I think from the TT, nothing ought to be off the table in terms of where how we think it develops. There's definitely room for more change and more innovation. And we've got an interesting fan base; on the one hand a very loyal, traditional fan base that many sports would cry out for. And the live event where we've got a 30% new visitors each year coming, we've got an event interesting to the ‘bucket list’ brigade and also we’ve seen growing audiences, growing eyeballs across broadcast and digital. 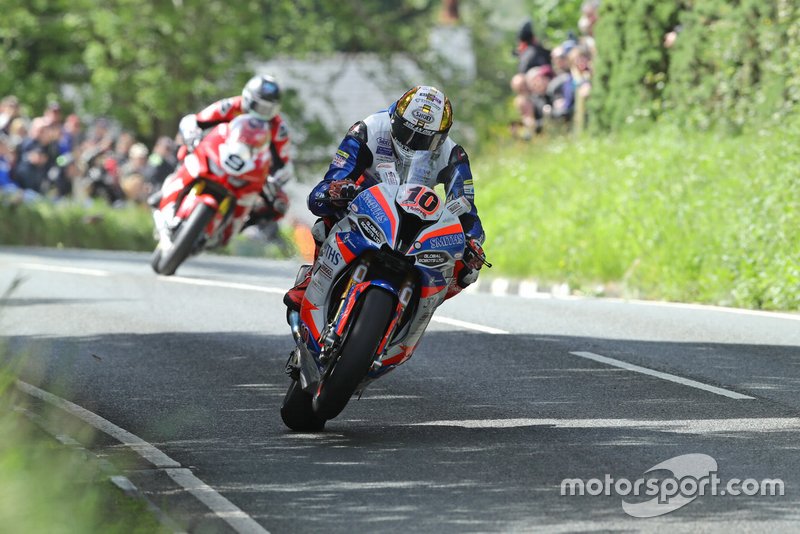 On the flip side, of course, the reality is there is no event so no revenues for the Isle of Man or the teams and riders, how do you assess the negative impact?

When the pandemic started entering Northern Europe all of a sudden it became clear that the TT couldn't run this year. We got told the decision would be made politically on the Isle of Man to close the borders and to take all these actions to protect the NHS here and one of which would be cancelling the TT. Obviously saddened that we weren't putting the event on but quite relieved that the decision had been made early. The TT is very important to the visitor economy and the Isle of Man, it's a massive loss to them, that (tourism) sector is effectively wiped out for the whole year. And that obviously requires public funding to secure that for the future. I think the importance of the TT to the local economy is perhaps being more widely understood now through its cancellation. We have seen businesses on the Isle of Man that are only able to be profitable because of the TT.

The TT was in pretty good shape going into this and I'm quite confident from all of the work that we've done in the intervening period and from a sporting perspective, it will come back strong. We've been speaking to the teams and the teams are in relatively good shape. Obviously, sponsorship for motor sport - for all sport - is going to be a tough world in the foreseeable future,

But for those guys that make their living from taking part in the TT,  their incomes were wiped out in a heartbeat.  Right now we've got the situation here locally of restricted travel;  you can now leave and come back but you have to quarantine for two weeks. Hopefully the borders reopen soon and get the visitor economy back open. And then hopefully look forward to staging our motorsport event again next year. 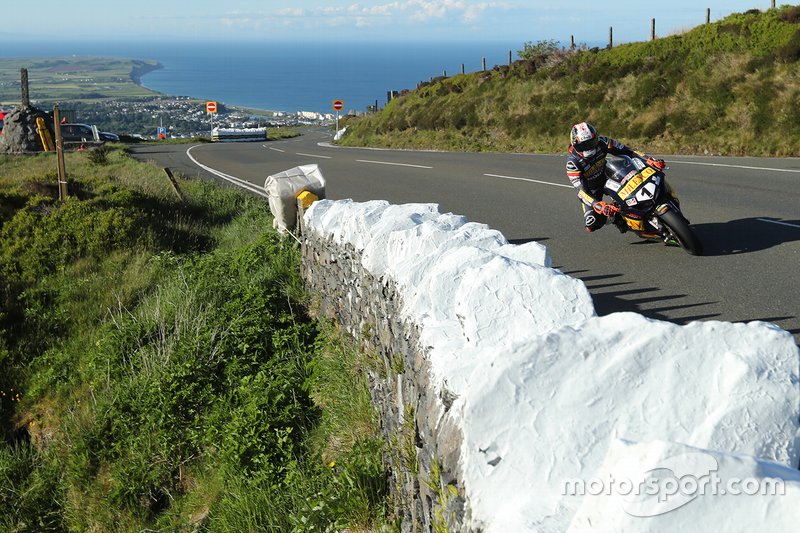 We’ve been talking to motorsport leaders about the shift towards decarbonisation. We've seen more and more electrification obviously and there's some extremely quick electric bikes. Ultimately do you see them taking over the whole show?

We've had electric racing at the TT for the best part of a decade. That wasn't going to happen this year, that was going to be pause for a little while. The car industry and the bike industry seem to be in different places when it comes to clean tech at the moment. Obviously, the end is nigh for the internal combustion engine in the car world. Lots of car manufacturers are going to stop making petrol and diesel cars and there's a lot more hybrid technology and electric technology already going on in the car world, whereas the motorcycle industry has been relatively slow to pick it up. And the big players, you know, the Japanese brands and big European brands are not doing a lot around this yet.

I dare say behind the scenes somewhere that this technology is being worked on. I think the reason for that is perhaps that the pressure on the motorcycle industry is a lot less than it is the car industry. It just feels to me that we're good 10 years at least behind the car world. 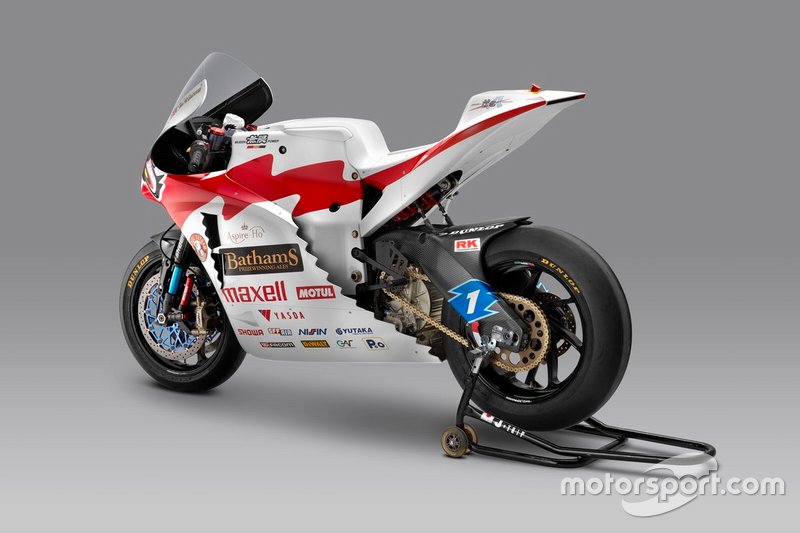 You have this spectacular event,  the oldest motorcycle race in the world with worldwide recognition and so much potential. Do you see it ever being part of a series? When I look at it from the outside, I see this incredible crown jewel and then the racing around it is very fragmented. If you look at Le Mans, they put a series around that, same with the Indy 500. Is there not a case there for trying to formalise a road racing series around the crown jewel of the TT?

This has been looked at before and recently. And that didn't go well. Motorcycle road racing on closed public roads isn't in a great place at the moment, and elsewhere. And it's probably a bit of a crossroads. But the TT is not actually at the same crossroads. Would a series benefit us? Running an event that takes place once a year can be challenging in terms of keeping the narrative and the interest going for 52 weeks of the year.

But we're a unique event organised by a government department, which makes it tricky in the commercial world to make some of the decisions that I'm sure lots of other people you've spoken to can make with more flexibility.  I don't think anything should be off the table, and certainly not now. But it's probably not something that I see happening in the short term because I see a lot of other low hanging fruit for the TT coming up. 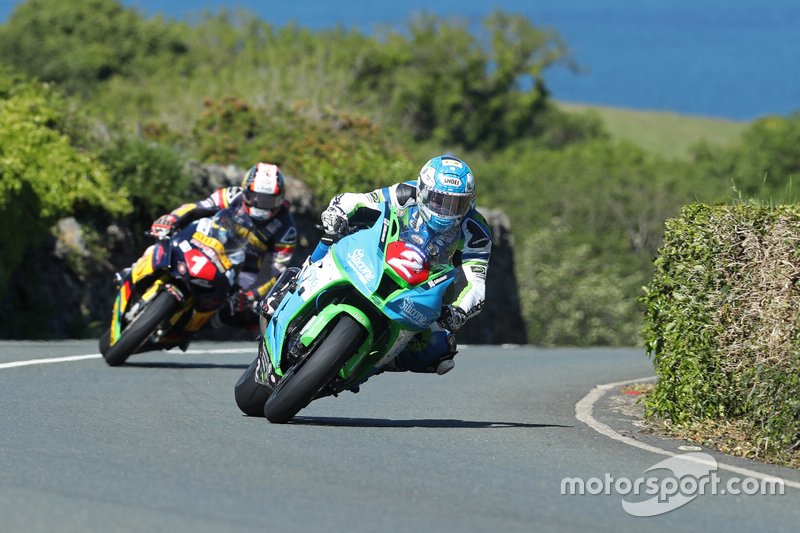 How's it looking for 2021? Are you reasonably optimistic you’ll be TT racing around the Isle of Man?

Like everybody else we're all looking at the rest of the world and what's happening for the live events industry and MotoGP started and World Superbike is starting off this weekend, I think that's going to teach us all a lot over the next few weeks.  I would imagine by the turn of the year, the whole world will will look completely different again to how it goes now. And but yeah, hopefully soon we'll be able to announce our plans for 2021 and have exciting plans and everybody can look forward to coming back to our island for the for the TT next year.

To download or for DVDs of the best action from the TT go to the official video source, Duke Video.
shares
comments