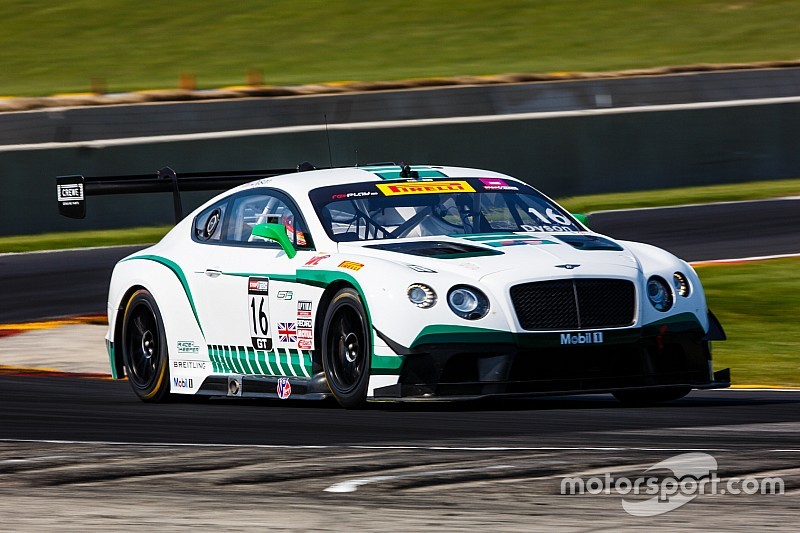 “We’ve made a good deal of progress with our Continental GT3s over the course of the season,” said team founder and CEO Rob Dyson. “Now we’re confident going into every race that we’re going to be in the hunt.”

With good results this weekend, I could be in third place and within striking distance of the championship lead,

Series performance statistics bear out Dyson’s assertion. Bentley Team Dyson Racing drivers lead in fastest race laps and are tied for most pole positions. “The two areas where we are still working hard on improving is on our starts and getting heat into the tires more quickly,” said Chris Dyson. “Standing starts are one of the ways the Pirelli World Challenge differentiates itself from other sportscar series. We’ve been doing a lot of work on our launch-control system and we’ve made good progress during this most recent break. And we still seem strongest in the races that go flag to flag with no full-course yellow periods; the Bentley excels over a long green-flag run. But we’ve made a few changes for this weekend to try to maximize the tires’ performance earlier in the race, and I’m excited to compete again.”

While a series of on-track misfortunes, not of his making, have hampered Leitzinger’s standing in the championship, with the season entering its final third Dyson is still in mathematical contention for the drivers’ title. He is currently sixth in points, but less than 100 points out of third. “With good results this weekend, I could be in third place and within striking distance of the championship lead,” Dyson said, noting that his 17th-place finish in Road America’s finale stung. “I got punted off the track and into a gravel trap. But these things happen in racing and we just need to take it in stride, and score well from this point forward.”

Leitzinger predicts a good performance for Bentley at Mid-Ohio. “Different tracks on the schedule favour different cars in the series, and most people would say Mid-Ohio is more of a Porsche, Ferrari and Lamborghini track. But I think those same people may be surprised at how strong our Bentleys will be there.”