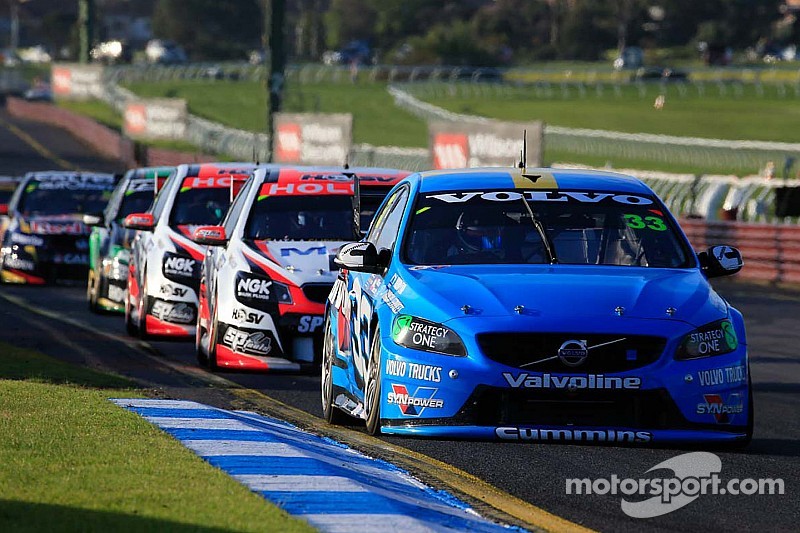 McLaughlin takes lead from position three at the start of the race.

Tension is always high during the start of any race but even more so for the Bathurst 1000. Such was the case with pole-sitter, Shane van Gisbergen, as he was passed by #33 Valvoline/GRM Volvo driven by Scott McLaughlin before Hell Corner.

After that, McLaughlin and Mark Winterbottom, who started in second, took off and quickly separated themselves from the rest of the field.

Van Gisbergen fell back to third after being overtaken by ‘Frosty’ and couldn’t keep up with the Volvo and Ford driver. He began to fall back but, after two cautions, now finds himself in second.

The man of the hour, however, is Jamie Whincup. After his accident during qualifying which resulted in him starting in the back of the grid at the start of the race, Whincup went on a rampage which started with him passing five cars on the first lap, alone. Within seven laps, he had passed 13 cars. He has also smashed his previous race lap record and eventually brought the #1 Red Bull Commodore into the top-five.

The first full-course took place place after 26 laps when Luke Youlden beached his Holden, a car he is sharing with Fabian Coulthard. Later, Taz Douglas stuffed it into the tire barrier after contact with Waters. He continued however.

Currently, the #33 Valvoline/GRM Volvo leads the Great Race which is being driven by McLaughlin’s teammate, Alex Premat. Jonathan Webb (teammate of Shane van Gisbergen) currently pilots the VIP Petfoods Commodore which is in second and followed closely by Paul Dumbrell (teammate of Jamie Whincup) in third. Steve Owen (teammate of Mark Winterbottom) sits in fourth with Greg Murphy (teammate of James Courtney) rounding out the current top-five as of Lap 40.