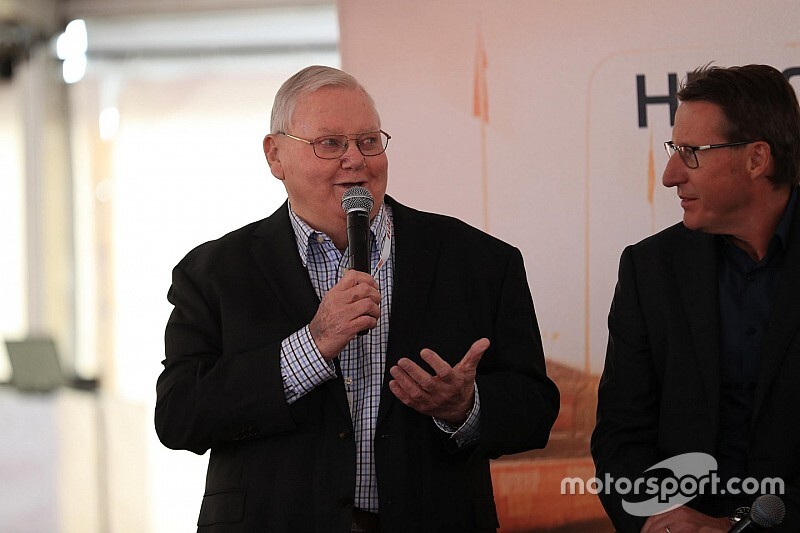 Having spent two decades calling the Australian Touring Car Championship for the Seven Network, Raymond's was one of the most recognisable voices in Aussie motor racing.

News of his passing has sparked a flood of tributes from ATCC/Supercars legends, John Bowe, Mark Skaife and Craig Lowndes among those to pay their respects.

He was a terrific guy, very talented. He wasn’t just a commentator, he was actually very clever and behind the scenes he was instrumental in what became V8 Supercars.

He had a great sense of theatre, he was really vibrant.

When Dick Johnson and I won Bathurst in ’89 he was talking to me as I crossed the line so that will always be a very fond memory for me.

A wonderful man who championed our sport to make it what it is today.

He invented the Top 10 Shootout and our chats on RaceCam were legendary.

The soundtrack of so many great moments on Australian race tracks is his voice.

My thoughts and condolences are with all his family and many, many friends.

He was the voice behind everything. He had a very unique voice and it didn’t matter if you couldn’t see him, you would hear that voice and know exactly who it was.

It was not only touring cars, it was speedway, he just loved motorsport so a very sad time and to his family I extend a condolence.

I remember back in ’94 when I passed John Bowe for the lead of Bathurst and I still look back on some of those times and footage and everything else and his voice just electrified what fans felt about the sport.

The most passionate commentator of motorsports and a tireless supporter of V8s.

The influence Mike had on the industry and TV and the beginning of our current rules owes a great debt to Mike.

The very enthusiastic and most likeable person you will ever meet. I for one of many will miss you.

He made an amazing contribution to Australian motorsport and its broadcasting.

He and Seven Sport set the benchmark for world motorsport coverage in the 70s, 80s and 90s that we all benefitted from so much - sympathies to his family and friends.

He was the face of Channel Seven for so many years and he was instrumental in Supercars and the V8 category as we know it.

He was a man who loved the sport and so much of what we’ve got today has been as a consequence of Mike’s contribution to this industry.

We love him and our thoughts are with his family and friends.