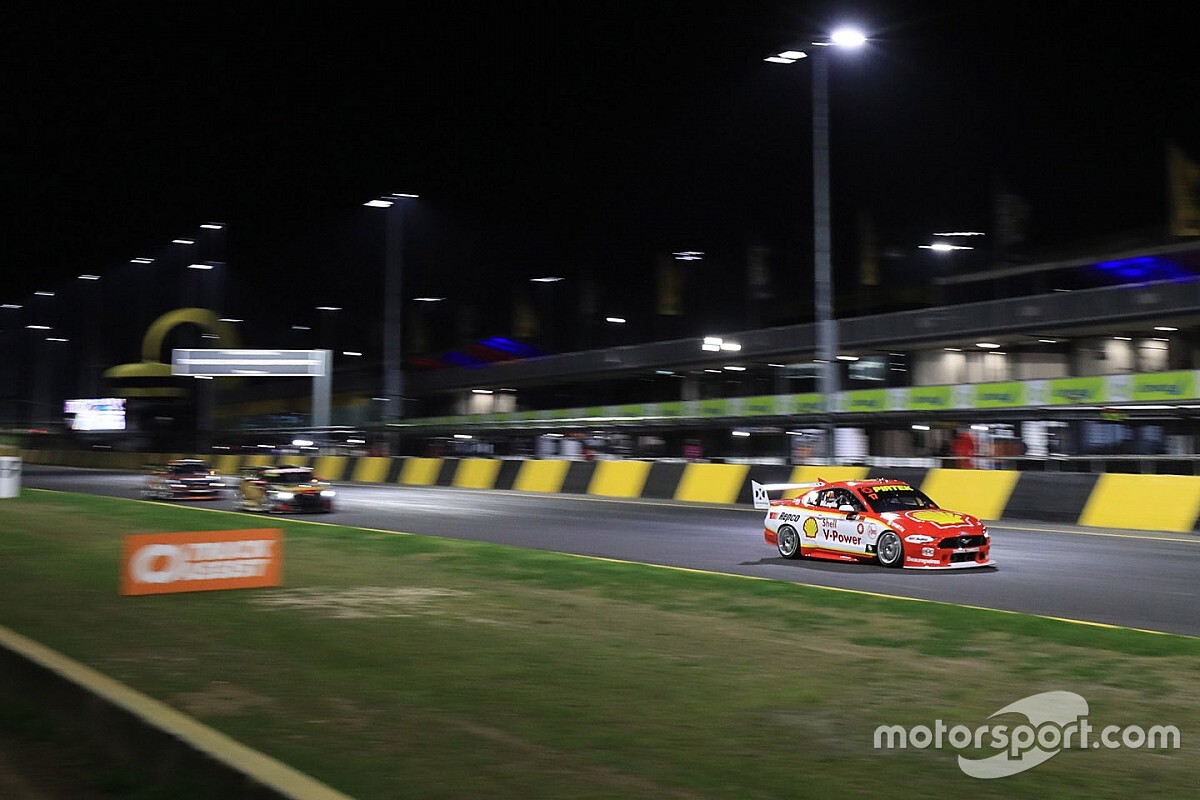 The DJR Team Penske driver started from pole, but a decision to burn a set of hard compound Dunlops in the first stint meant he was never going to spend long out front.

After being out-braked by a softs-shod Shane van Gisbergen into Turn 2 McLaughlin dropped all the way back to sixth during his short first stint.

He stopped to switch to softs on Lap 10, emerging more than 50 seconds behind leader van Gisbergen.

More importantly, however, he ended up in front of both Anton De Pasquale and Lee Holdsworth as the stops shook out, two drivers that gambled on a double-softs strategy in search of glory under lights.

Holdsworth's Lap 15 stop turned out to the the flashpoint of the race. He came out right in front of both McLaughlin and De Pasquale, but couldn't hold them off as he waited for his tyre temperatures to come up on his out lap.

The Tickford driver was able to swiftly get by De Pasquale and close in on McLaughlin, but the toll on the tyre life meant he couldn't mount a meaningful challenge for the effective lead.

When van Gisbergen ran too long on his softs and lost too much time changing to hards during his Lap 20 stop, McLaughlin was able to charge to victory – with a set of softs still up his sleeve for tomorrow.

"I'm really thankful I got a good start," said McLaughlin. "I was able to position a bit better. I knew [the cars on softs] were going to come at me hard.

"And then I managed to stay with them closer than I thought. The car was so good on both compounds.

"We stuck to our guns. We knew people were probably going to try [the softs-softs] strategy, but we trusted our car speed. I'm really proud."

However both burned through both their sets of softs and now face a long two races tomorrow.

Van Gisbergen recovered to fourth after his strategic misstep, with teammate Whincup less than a second behind him, both with softs left for tomorrow.

Cam Waters finished sixth after going from softs to hards, while Fabian Coulthard was the best of the drivers that didn't use softs in the race at all in seventh.

McLaughlin's series lead is now out to 75 points over Whincup, with Chaz Mostert 194 points – almost two thirds of a round's worth – behind in third.