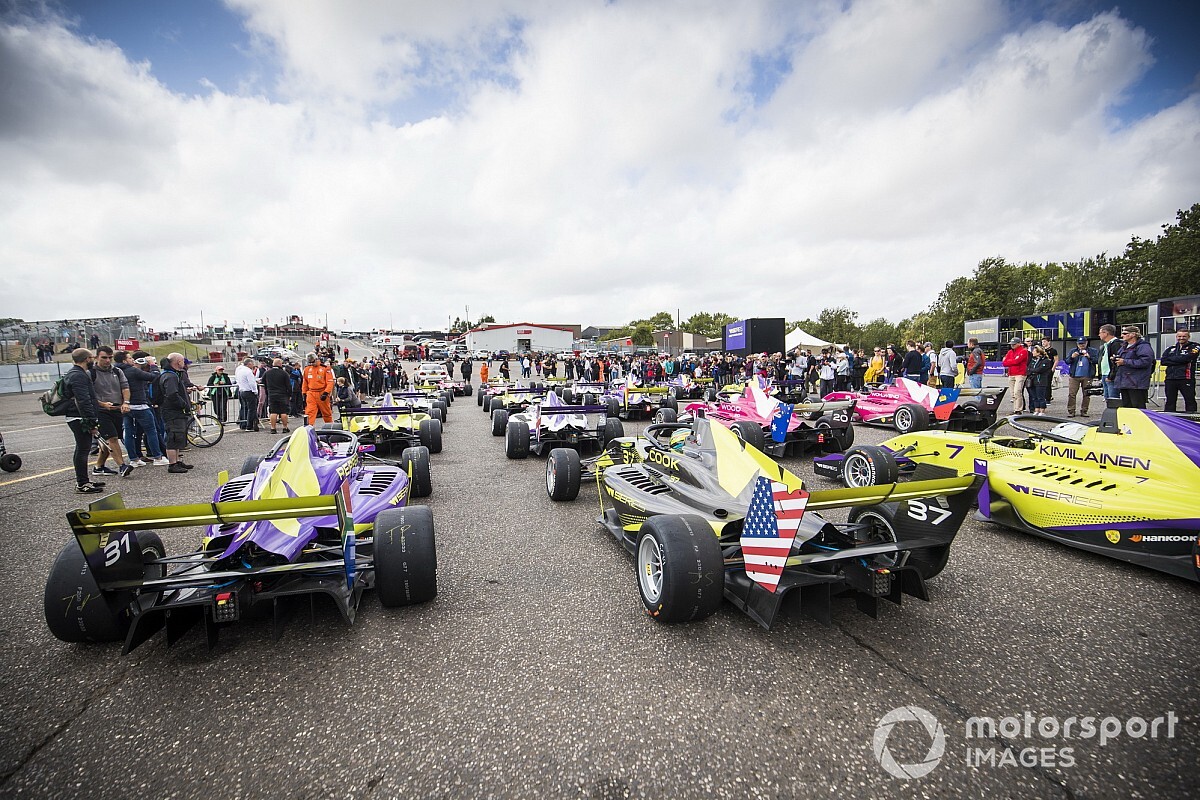 Former Formula 1 driver David Coulthard says he 'doesn’t get' the continued criticism of W Series from high-profile sceptics of the championship.

Coulthard - who is the Chairman of W Series’ advisory board - was referencing the continued criticism that the DTM support series has faced from other high-profile female racing drivers that the series segregates women from male competition in motorsport.

Speaking at the Brands Hatch finale, Coulthard urged W Series critics to work together “collectively” for a common goal.

While the championship is formally FIA-ratified, W Series is so far not affiliated with the FIA Women in Motorsport commission or Susie Wolff’s FIA-backed Girls on Track and Dare To Be Different initiatives.

“The reaction that we have received from Jean Todt at the FIA and Dave Richards at the MSA and Gerhard [Berger] at [DTM parent company] ITR has been incredibly positive,” said Coulthard.

“There are initiatives out there to support the grassroots and that’s great, but we’d be denying this generation who are ready now their chance - and to me, that doesn’t feel right. This is a collective thing, we all want the same thing, so let’s do it together.

"I don’t understand why anyone would think this was anything other than a great thing for women in motorsport. But sometimes when someone has decided, it doesn’t matter how absolutely reasonable your arguments are. You realise that the problem is not with us, it’s with them.”

The inaugural W Series title was won by Jamie Chadwick, who signed for the Williams Formula 1 team in a development role after the opening rounds of the season at Hockenheim and Zolder.

Williams team principal Claire Williams attended the Hockenheim opener as a guest of W Series and said after the weekend that her initial fears about the series had been allayed having seen it first-hand.

“Claire came to Hockenheim because we were presenting what we were doing and as a senior member of the motorsport community, we wanted Claire there and we wanted her support,” said Coulthard.

“That’s why it’s so surprising that there are others who are just blinkered, when they should be thinking it’s not the way we have done it, or the way we would do it but that it has its own place.”