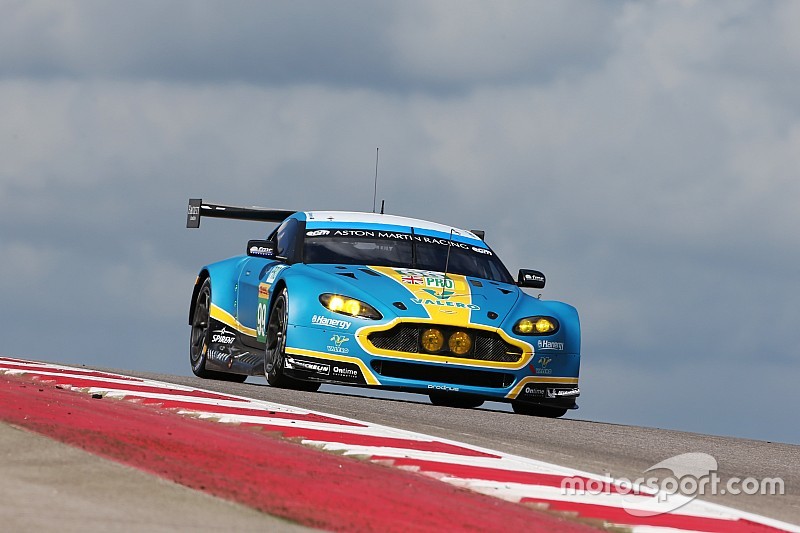 The #99 Vantage GTE will start the six-hour race from the front of the grid.

The #99 Vantage GTE, driven by Fernando Rees (BR) and Richie Stanaway (NZ), will start the six-hour race from the front of the grid, with the #97 Vantage GTE of Darren Turner (GB) and Jonny Adam (GB) a row behind in third place.

The #95 Young Driver Vantage GTE will start from fourth.

In the GTE Am class, the #96 Vantage GTE of Stuart Hall (GB) and Benny Simonsen (DN) sat on provisional pole until the final seconds of the session but will start the race from second place in class.

The #98 Vantage GTE of Pedro Lamy (PT) and Paul Dalla Lana (CA) will start from third in class.

“That was a better qualifying session than we had expected, due to a smart tyre choice from the engineers,” commented Team Principal John Gaw. “It’s still going to be a tough race for us, especially with the expected hot temperatures, so we need to make the most of these strong starting positions.”

The ‘Six Hours of the Circuit of the Americas’ takes place on Saturday 19 September at 1700hrs local time.

Qualifying without sparkles for Ferrari at Austin