Toyota, Lotus crash out early and Vilander's Ferrari goes up in flames 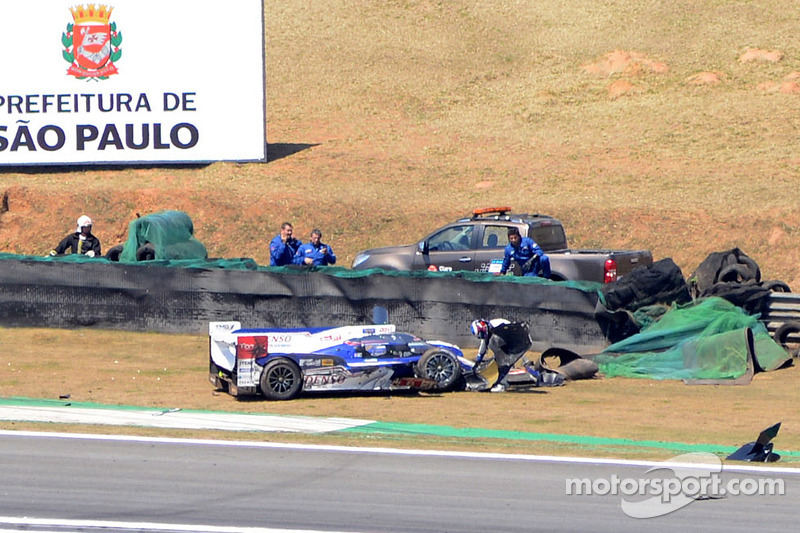 Early crash takes out the Toyota!

No.8 Toyota TS030 HYBRID is out of the 6 Hours of Sao Paulo race as Stephane Sarrazin was involved in a collision 35 minutes into the race and crashed heavily at Turn 3, ending the Toyota’s race.

The incident started when Dominik Kraihamer appeared to have an issues with his No. 32 Lotus P2 at the same time that Sarrazin was lapping the Lotus.

The damage to the Toyota was heavy on the right side and front of the car. Sarrazin was seen removing the damaged bodywork in the hopes of getting it back to the pits in case the team could repair it, allowing them to continue. The damage severe, and despite his efforts, the team had to retire.

“I am very disappointed for the team; I am very sorry. I was doing my race and I was lapping the LMP2 car in a normal place. He lost control of his car and crashed into me. What can I do? I did my very best to get the car back to the box but it was impossible. It’s a very bad day for us. I am so disappointed because we thought we would be part of a great fight today.”

The safety car was deployed for a lengthy period to repair the barriers, clear the car from trackside and the debris on the track.

No sooner had the green flag signal the restart when the Ferrari with of Toni Vilander went up in flames.

All drivers in the first incidents are okay.

Video on the crash can be seen at this link on Motorsport.com