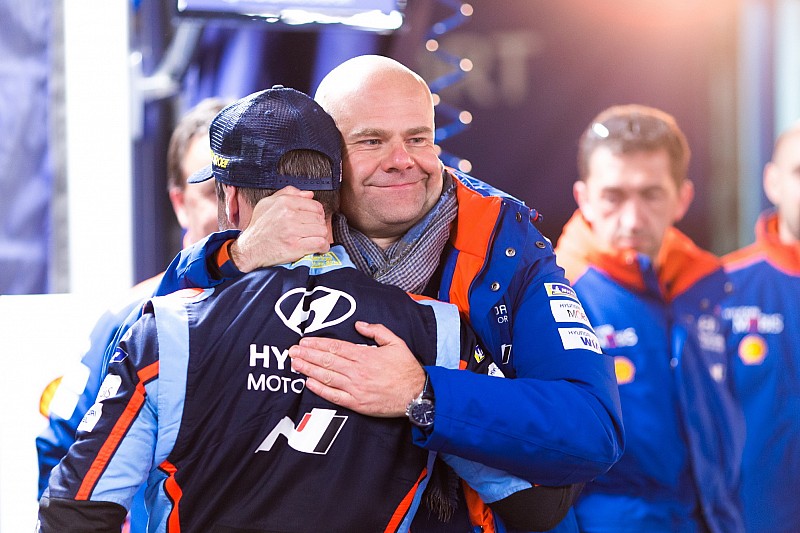 "Apart from being upset about losing the two cars and affecting the Hyundai image, I am upset that we asked him to come and then we waste part of his motivation, asking him to run around in the hopeless possibility to win or be there [at the front]," said Adamo.

"I'm upset about myself – I am responsible – and I wasted a chance with him. I don't want to be misunderstood here, Sebastien's motivation is not lost, but I have to win some back.

"We damaged something good [in Portugal] and this is my fault. The best thing I can do is speak with him, say sorry for what has happened and plan with him the future.

"Let's sit down and see what we can build after this. He is a nine-time world champion, if he comes, he wants to win, not to catch points."

Once Loeb and Sordo had been delayed, Hyundai shuffled their road positions for tactical reasons to help its championship contender Thierry Neuville.

That approach was heavily criticised by reigning champion Sebastien Ogier, but Adamo insisted he would have no qualms about doing it again.

"Honestly, I see no reasons for not doing that," he said. "We would do it again as part of the rules. And our strategy proved to be successful in Portugal."

Suninen gets new co-driver for rest of 2019