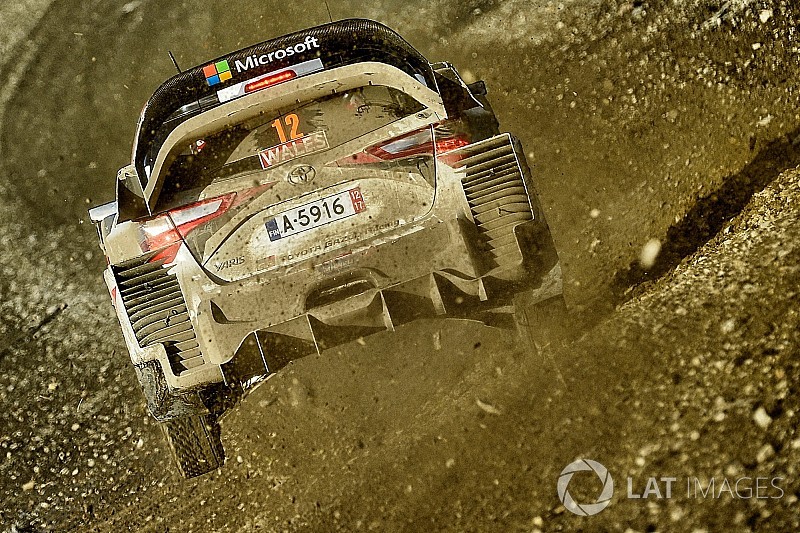 Esapekka Lappi is hoping for a cleaner first full season in the World Rally Championship in 2018, the Toyota driver admitting he's made too many mistakes this year.

The reigning WRC2 champion joined the factory Toyota squad at the sixth round in Portugal, his first half-season producing a mixed bag in terms of results.

He has three top 10 results, including a stunning win in Finland. However, crashes cost him dearly in Germany and Spain, while cutting a corner led to suspension damage – and ultimately retirement – in Poland as well.

It's those mistakes that Lappi says he needs to eradicate ahead of the 2018 WRC season.

"During the season we've had some technical issues and driving issues – at least from my side," he told Motorsport.com on the eve of the season-ending Rally Australia.

"From my point I joined the team in Portugal, and okay, the speed was getting there quite quickly – but I made too many mistakes.

"On the other hand, I'm thinking that this year was for me to show the speed, to understand what is the limit of the car at this level. And to find the limits, to be able to be on the pace next season.

"I'll try and have a good season next year and not make so many mistakes."

The 26-year-old won't just be dealing with his own raised expectations next season, he'll also have to contend with a new teammate in Ott Tanak.

That's a challenge he says he's looking forward to, with hopes that being teamed up with Tanak and Jari-Matti Latvala will help his own development.

"It's good to have such a strong teammate [as Tanak]," he said. "In our team the raw speed will be really good next year.

"For sure it will motivate me to be even better as well, because it will be harder to beat him. We need to work harder and be more motivated to try and be faster all the time.

"These kind of really fast teammates are good for me. At least I think that at the moment! We will see how it is next year."

Having competed at Rally Australia last year in the R5-spec Skoda, Lappi reckons that little bit of experience will be significantly useful this weekend.

He also says he'll be able to enjoy the Coffs Harbour roads this time around after having focused on securing the WRC2 title last year.

"It was quite a long week [in Australia] last year, because we just needed to finish the rally to secure the WRC2 title. In that way, I really couldn't enjoy it.

"But from a stage point of view, I liked the surface and I liked the stages. I think this year will be much more enjoyable than last year.

"Experience is key in this sport – especially at this level where we are now. It's not so easy to fight against the more experienced guys.

"I won Rally Finland, and it was my sixth time there. So when you have the experience, everything is a bit easier.

"You know what to do, where the rocks are, these kinds of things. It's all really small things, but in the end it makes a big difference."

DMACK to step back from full-time WRC programme