Alvaro Bautista has established himself as firm favourite for World Superbike title honours in his rookie season with his obliteration of the field in the first three rounds. But Lewis Duncan says the iconic 2002 season shows why Bautista and Ducati can't afford to get complacent.

Bautista has launched a conquest of domination even Alexander the Great would cower from, as the MotoGP convert on his bulletproof Ducati V4 R swept to his third straight hat-trick in last weekend's Aragon round.

Much the same as in Phillip Island and Buriram, the Spaniard's Aragon triple was enacted in his typically dominant style, clearing off from pole to quickly build an insurmountable gap. He may be Ducati's 'rookie' in WSBK, but it seemed fitting it should be him who tallied up the Bologna outfit's 350th win in the series - some 30 years after Davide Tardozzi took the first.

Already, Bautista is being called unbeatable. And perhaps the knell has already been sounded on the rest's championship hopes. But history does offer one crumb of comfort for his rivals.

Bautista's start to the '19 campaign echoes that of Troy Bayliss' early-season romp in '02. The triple WSBK champion took back-to-back doubles from the first two rounds at Phillip Island and in Valencia, before adding two more victories to his scorecard in South Africa.

By the sixth round at Silverstone, having amassed a further three wins, Bayliss and his 998 F 02 Ducati were 29 points clear of second-placed Colin Edwards on the Honda VTR 1000 SP2. Three rounds and five more wins later, and Bayliss held a 53-point margin over Edwards with just four rounds remaining and was seemingly on the cusp of glory.

Yet, Edwards went onto win the final eight races – aided by a retirement for Bayliss at Assen – to complete one of the greatest comebacks in all of motorsport to sensationally deny the once all-conquering Bayliss to the '02 title in an epic showdown at Imola. 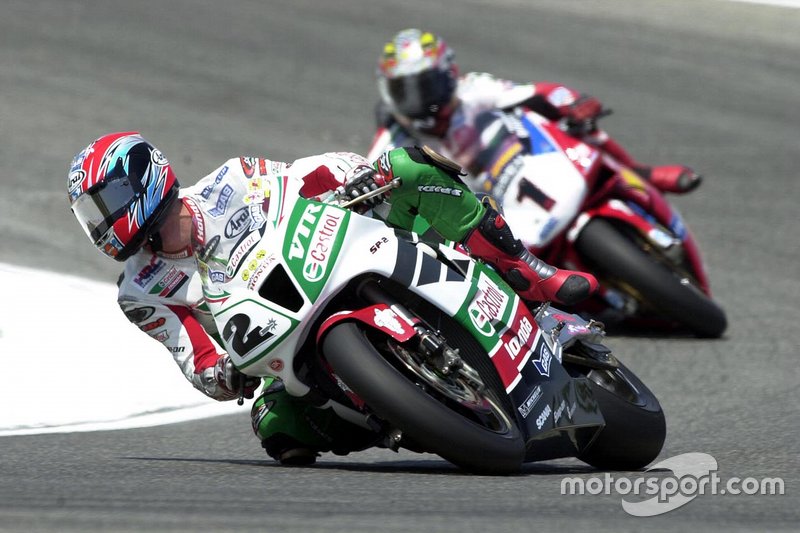 Edwards's consistency during Bayliss' early run of wins proved pivotal in the American being able to overturn his deficit in the latter stages of the season.

Current reigning world champion Jonathan Rea has very much played the role of Edwards in the opening three encounters of '19, ensuring him and his Kawasaki occupied the runner-up spot in all nine races so far to peg back Bautista's championship advantage at 39 points.

But the Ulsterman has been more consistent than Edwards was in '02 across the first three rounds. Edwards claimed two seconds in Australia, but was off the podium for one of the Valencia races and only third in the second. At Kyalami he was second and third, though crucially – in contrast to Rea – he was able to sneak in a handful of victories on the run up to his revival.

Bayliss's season was also hindered by several external factors. A collision with teammate Ruben Xaus during the Brands Hatch round left him carrying injury, while a chassis change at Laguna Seca held him back further.

Injury is the omnipresent threat in motorcycle racing, and the infancy of the V4 R means similar missteps in set-up could well occur as development of the bike moves forward. As a result, Rea's consistency thus far could yet prove pivotal. 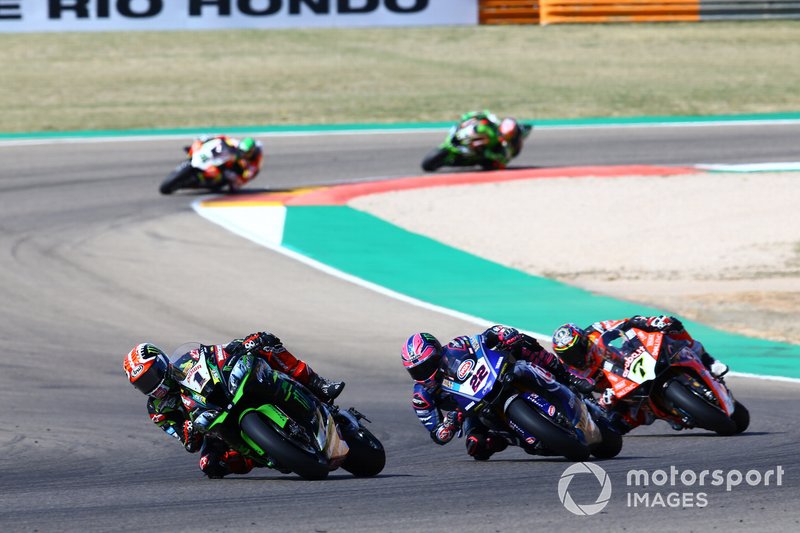 The V4 R's biggest strength has been its engine. Derived from Ducati's MotoGP challenger, it is allowing Bautista to reach 320km/h (199mph) on the straights, while Rea's Kawasaki is 10km/h shy without a slipstream. The nature of Buriram and Aragon has allowed this to be exploited, but the sprint race at Phillip Island hinted at a reduced advantage at a circuit where top speed isn't as vital.

Rea was just 1.1 seconds from Bautista at the end of that encounter, and there is a feeling the following rounds could well see the reigning champion mount his comeback.

Assen regularly produces close contests, with cornering performance a key asset. Rea has 12 wins to his credit at Assen, making him the joint most successful rider at the Dutch venue (along with four-time WSBK champion Carl Fogarty). With 62 points up for grabs per weekend now, it's not inconceivable Rea could head to Imola in the lead of the standings again.

Power will play a bigger part at Imola, but the scratchy nature of the Italian circuit places a premium on experience - something Bautista doesn't have, while Rea eased to the double last year. In fact – in theory, anyway – only Misano, a circuit Ducati knows like the back of its hand, threatens to throw up another V4 R romp.

Cornering performance was an area of weakness Ducati boss Gigi Dall'Igna highlighted after Phillip Island. But, taking into account the best sector times from all three Aragon races, it's not as punishing as many would hope. In all three races, Bautista led Rea by a margin of 0.1-0.2s in the first sector, and was on average around 0.1s quicker in sector two. In both feature races, Bautista was half a tenth to a tenth faster in sector three – the last of the twisty intermediates. 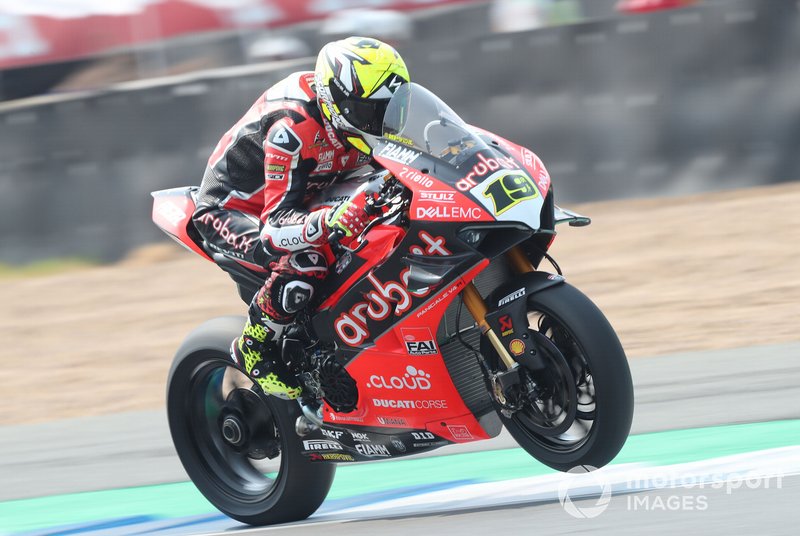 It is also worth noting that in '02, the 998 wasn't nearly as dominant a package as the V4 R (in the hands of Bautista) is. Bayliss' largest winning margin was 4.909s over Edwards at Silverstone in race two. Bautista beat Rea by 15.170s in Aragon's opening encounter last weekend.

To boot, the recently-announced rev changes for Assen will probably make little impact. While the algorithm used to calculate whether a manufacturer needs to have its performance altered tries to remove the rider from the equation, it was still decided that the V4 R would lose 250rpm after the first three rounds - not exactly a huge loss for a bike that revs to 16,400rpm in any case.

So, while the theory of a closer Rea challenge in the coming circuits still rings true, Bautista very likely won't be as neutered as many would hope.

Of course, fate may well add its own chapter to this story in the coming rounds, throwing up drama of Hollywood proportions. And if '02 has taught us anything, it's that the outcome in motorcycle racing is anything but certain.

Nevertheless, Assen is a critical round in deciding the destiny of this world championship. Should the predicted Rea resurgence emerge, '02 threatens to repeat itself. However, should Bautista emerge just as impervious as he has done, stopping him from cruising to the title will be almost impossible. 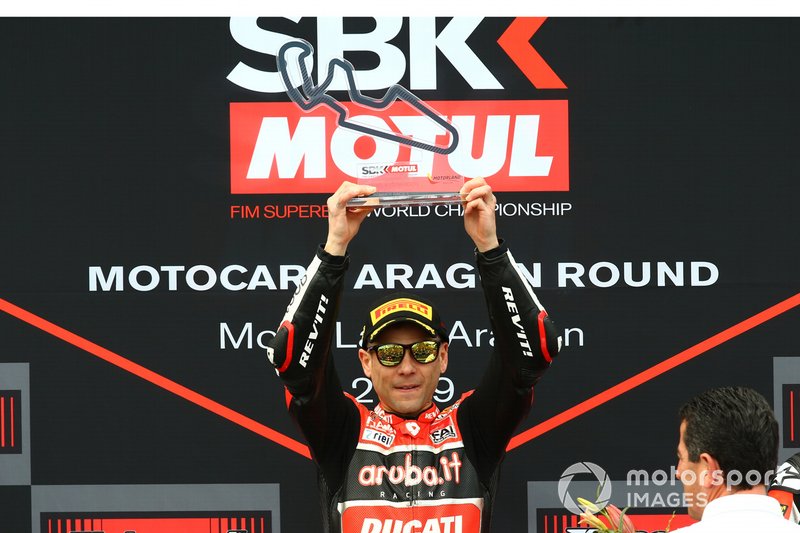