Haslam to return to WSBK with Kawasaki in 2019 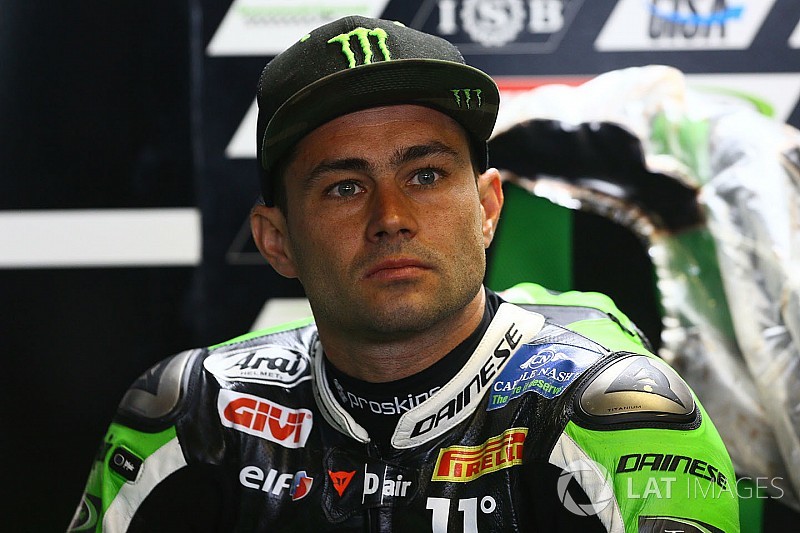 Leon Haslam will make his full-time return to the World Superbike Championship next season with Kawasaki, taking the place of Tom Sykes.

The impending departure of Sykes from the Japanese marque after nine years was announced last week, paving the way for Haslam to take his place, which had been rumoured for some time.

Haslam left WSBK at the end of 2015 when Aprilia withdrew from the series, joining British Superbikes with Kawasaki, and he currently leads the 2018 standings riding for the Bournemouth squad.

The 35-year-old has made five wildcard appearances with the Puccetti Kawasaki squad over the past three years, most recently at Imola and at Donington Park in May.

“I have to say a big thanks to Kawasaki for this opportunity,” the five-time WSBK race winner said.

“Returning to the World Superbike Championship is something I’m really looking forward to. After scoring race wins, lap records, pole positions and a championship runner-up position in my seven years there it’s going to be great to get back to WSBK.

“The support of Kawasaki throughout my three years in the British Superbike Championship and via KHI [Kawasaki Heavy Industries] at the Suzuka 8 Hour race has been exceptional.

“The like-minded approach from Kawasaki UK and KHI in Japan has been really appreciated and I’m now hoping to repay them with the 2018 British Superbike title and then to challenge for next year’s WSBK championship.

“The 2019 season will throw up some new challenges as the competitiveness between the manufacturers continues to be at the highest level but I’m confident that with the professional and successful team behind me we can enjoy plenty of success.”

Haslam's deal with KRT is only for the 2019 season, with paddock speculation suggesting his place within the team could already be under threat from Puccetti WSBK rookie Toprak Razgatlioglu.

The Briton will partner future teammate Jonathan Rea, as well as Kazuma Watanabe, at this weekend's Suzuka 8 Hours, spearheading Kawasaki's bid for a first win in the event since 1993.

Outgoing KRT man Sykes has been linked with a move to the GRT Yamaha squad, though current Ducati rider Marco Melandri has emerged as favourite for this, with World Supersport series leader Sandro Cortese also in line for one of the squad's R1s.