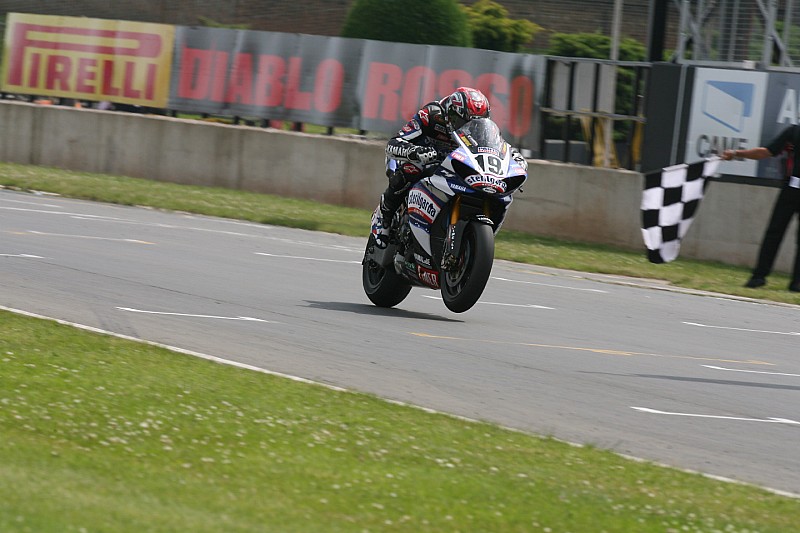 Yamaha, who had discontinued their WSBK factory programme in 2011, secured the backing of long-time Honda sponsors PATA and will have the team run by Crescent Racing, who currently operate Suzuki's World Superbike squad.

Guintoli, 33, follows PATA on its way to Yamaha, rejoining the manufacturer who he had made his full-time MotoGP debut with back in 2007.

Since then, the Frenchman became a WSBK race winner with Ducati before taking an Aprilia RSV4 to the 2014 title.

Lowes, 25, joins Crescent in leaving Suzuki, having scored two podiums in his two WSBK campaigns with the manufacturer. Prior to his WSBK tenure, he was a British Superbikes champion with Honda.

The Yamaha team will race a new-spec YSF-R1 bike, which won the 2015 Suzuka 8 Hours with Bradley Smith, Pol Espargaro and Katsuyuki Nakasuga, as well as the same year's MotoAmerica Superbike series title with Cameron Beaubier.

"This is a very exciting moment for us as we eagerly wait to return to the top level of Superbike competition after an absence of four years," said Yamaha Motor Europe boss Eric De Seynes.

"We took one year to grow experience with the new R1 in many other championships where the bike has shown its potential already. Now we are ready to be back on the world stage."

Yamaha has one previous World Superbikes title - the 2009 crown, courtesy of Ben Spies.

Biaggi to contest Qatar round with Aprilia