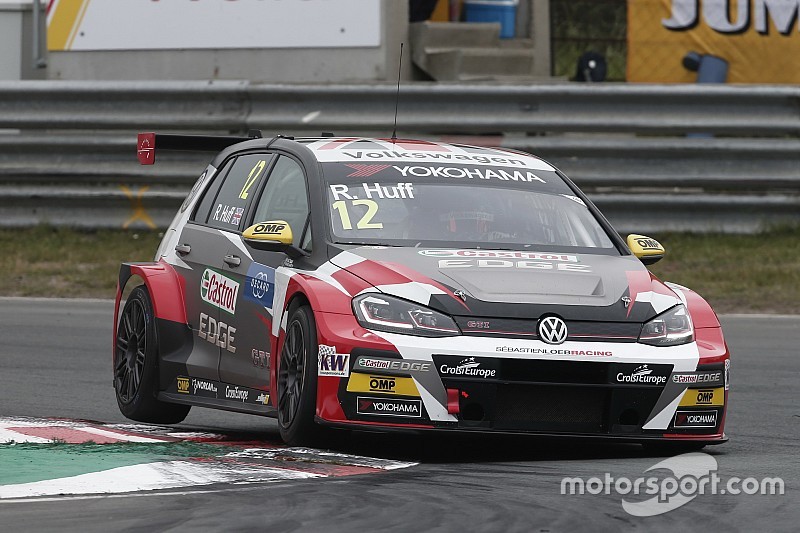 Huff was one of the half hour session's early pacesetters in his Volkswagen, and returned to the head of the times after a mid-session stoppage - to retrieve Zsolt Szabo's Zengo Motorsport Cupra from the gravel at the Renaultbocht right-hander - with a 1m44.141s lap.

First practice pacesetter Ehrlacher was able to nose his Munnich Motorsport Honda back ahead on his penultimate run, but Sebastien Loeb Racing driver Huff had more to come and reeled off a 1m43.945s to secure pole before sitting out the final minutes of the session.

Ehrlacher stayed out for another attempt but was unable to improve on his time and ended up 0.113 seconds back in second, ahead of three-time BTCC champion Shedden.

Audi driver Shedden produced comfortably his best qualifying performance since joining the WTCR world cup grid for 2018, and will head an all-WRT second row at the start of Sunday's race from teammate Jean-Karl Vernay.

Benjamin Lessennes continued his impressive patch of form in his Boutsen Ginion Honda to grab fifth, qualifying less than four tenths off the pace, ahead of the leading Comtoyou Audi of Nathanael Berthon.

A Peugeot 308TCR will start a WTCR race from inside the top 10 for the first time thanks to Aurelien Comte's 1m44.531s effort in his DG Sport machine, which was enough to give him seventh ahead of home favourite Tom Coronel.

After Hyundai appeared to struggle in Saturday's pair of qualifying sessions, Norbert Michelisz showed improved pace in his BRC Racing car and will start 14th - five places ahead of the next best Hyundai, YMR's Thed Bjork.

James Thompson was the final driver to qualify within a second of Huff's time and will start 15th, ahead of the leading Alfa Romeo and Cupra representatives of Gianni Morbidelli and Pepe Oriola.