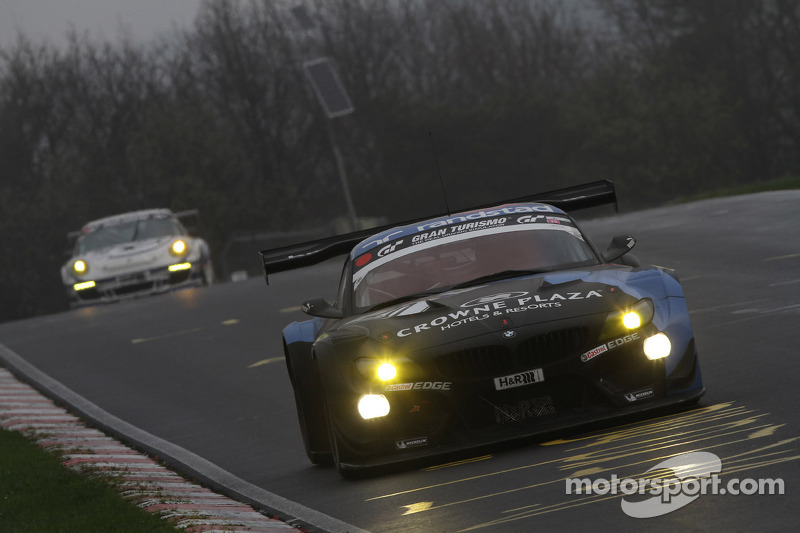 BMW Team Schubert and BMW Sports Trophy Team Marc VDS off to a good start at the Nürburgring 24 Hours.

Nürburgring (DE), 18th May 2013. The opening day of the Nürburgring 24 Hours began with rain and fog, and ended with a successful first qualifying session for the BMW teams. On a drying track, BMW Team Schubert completed the mandatory programme and ended the four-hour night qualifying session in ninth place with the number 19 BMW Z4 GT3 and 19th with the number 20 car. Good results in recent VLN races meant both cars had already been set for the Top 40 qualifying on Saturday (17:50), drivers Jörg Müller (DE), Dirk Müller (DE), Uwe Alzen (DE), Claudia Hürtgen (DE), Jens Klingmann (DE) and Dirk Adorf (DE) simply set out to complete the mandatory number of laps. 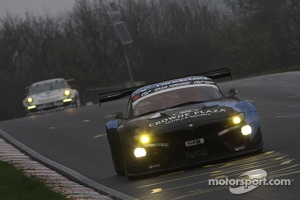 BMW Sports Trophy Team Marc VDS also enjoyed a good start to the race weekend. Maxime Martin (BE), Yelmer Buurman (NL) and Andrea Piccini (IT) were twelfth fastest in their number 25 BMW Z4 GT3. Bas Leinders (BE), Markus Palttala (FI), Henri Moser (CH) and Richard Göransson (SE) were 15th in the number 26 car. As such, both crews showed they have the potential to qualify for the Top 40 qualifying when the second session gets underway at 11:20 on Saturday. The fifth BMW Z4 GT3 in the field, run by the Walkenhorst Motorsport team, also has a good chance of progressing to the Top 40 qualifying. Henry Walkenhorst (DE), Ralf Oeverhaus (DE), Maximilian Partl (DE) and Wolf Silvester (DE) ended the opening day in 38th place.

Stefan Wendl (Team Manager BMW Team Schubert):
“That was a good day for us. As we had already been set for the Top 40 qualifying, we were able to concentrate on working on the set-up of our car in the fluctuating track conditions, and on ensuring that our drivers completed their mandatory laps. That all passed without any problems. Today was not about taking any risks, particularly not during the wet practice session in the afternoon.”

Bas Leinders (Team Principal BMW Sports Trophy Team Marc VDS):
“We are happy with the first day, although the conditions were very difficult, particularly during the wet practice. However, all our drivers coped well with the conditions and nobody made any major mistakes. The main aim for tomorrow is to make it through to the Top 40 qualifying. That should be possible with both cars.”

BMW teams qualify for the 24 Hours of Nürburgring