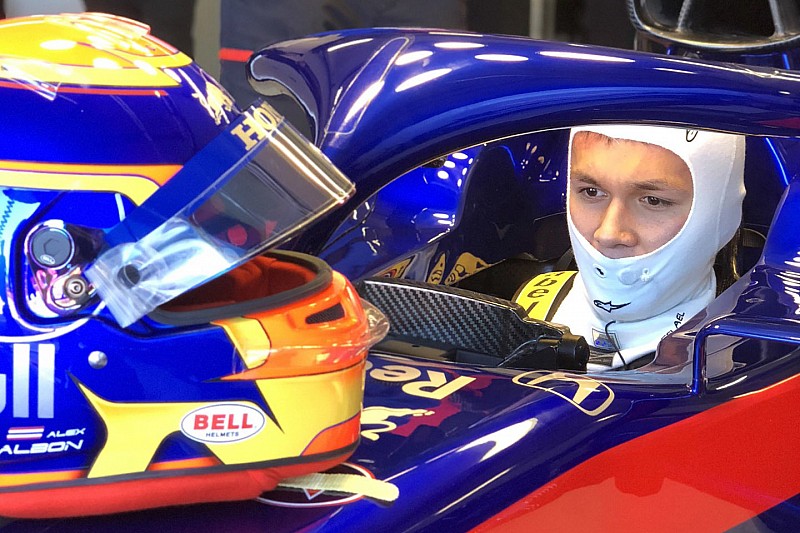 Toro Rosso rookie Alexander Albon is getting his first on-track experience of a Formula 1 car at a shakedown for the team’s 2019 contender.

The Red Bull junior team revealed its STR14 in an online launch on Monday.

It has followed that two days later with a shakedown at Misano, where Albon and his teammate Daniil Kvyat have been driving.

As Albon has never driven an F1 car before, the shakedown will provide a valuable early opportunity for the rookie to acclimatise himself with the Toro Rosso and its controls ahead of testing.

Albon was unable to join the team for last year’s two-day, post-season test in Abu Dhabi.

The British-born Thai has gained experience on the simulator prior to his first on-track outing and has described his pre-season preparations as “aimed at understanding the car as quickly as possible, which will help me for Melbourne”.

Albon has highlighted the width of F1 cars as something he suspects he will need to adapt to, as well as the huge increase in personnel within the team compared to junior categories.

“Obviously, I think it’s going to be a steep learning curve,” said Albon, who graduates to F1 after finishing third in Formula 2, in a Toro Rosso Q&A that accompanied its 2019 car reveal.

“I’ll get four days of testing in Barcelona before Melbourne so we don’t have a lot of driving.

“The main focus is to be comfortable in the car and get up to speed as quickly as possible.

“In terms of my personal preparation, I’ll try not to put too much pressure on myself and give it everything I have from day one.

“It’s my opportunity this year to show everyone what I’ve got.”

Toro Rosso is using one of its two permitted on-track promotional events to facilitate the shakedown ahead of next week’s official pre-season test at Barcelona.

Such filming days limit the team to 100km of running and mandate the use of demonstration Pirelli tyres.