Ferrari not expecting Silverstone to suit its car 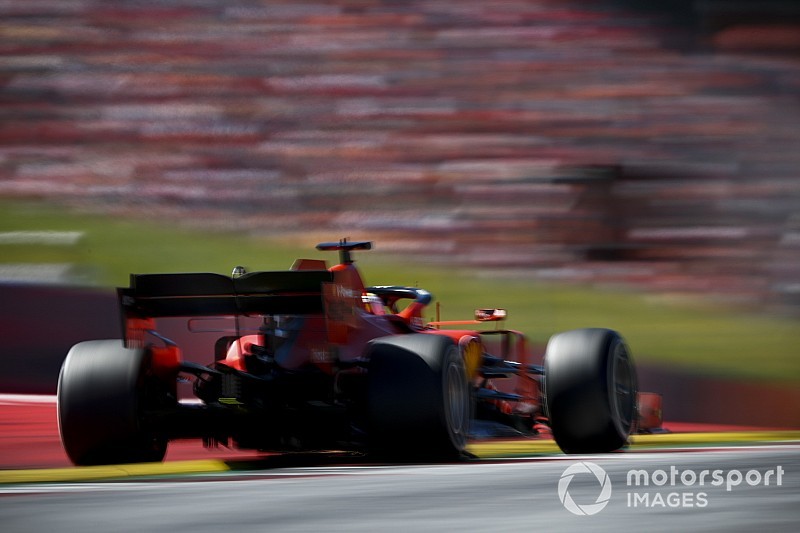 Ferrari Formula 1 team boss Mattia Binotto is not expecting the Silverstone circuit to suit its car in this weekend's British Grand Prix.

The Italian squad is yet to win a race in 2019, its last victory coming in last year's United States Grand Prix thanks to Kimi Raikkonen.

Ferrari has performed strongly in recent races, with Sebastian Vettel finishing first on the road in Canada and Charles Leclerc grabbing pole and fighting for victory until the final laps in Austria.

Although the Maranello-based team won the British GP with Vettel last year, Binotto reckons the characteristics of this year's car mean the Silverstone layout is unlikely to help its cause.

"We do not expect Silverstone to suit our car particularly well, but at every race, we have seen that the balance of power can change, often unexpectedly," Binotto said in a team preview.

Ferrari will continue its push to try to close the gap to Mercedes, again introducing new aerodynamic elements this weekend.

"We are bringing a further small aerodynamic modification as we continue to push hard on the development of our car," Binotto added.

"The weekend will also be an opportunity to increase our understanding of the recent work we did, which has seen us close the gap to our competitors on specific types of track."

The team is 135 points behind Mercedes in the constructors' championship, with Vettel its best-placed man in the driver standings in fourth, 74 points behind leader Lewis Hamilton.

Why truly fixing F1 may mean upsetting the purists

Seidl pushed for new McLaren wind tunnel "from day one"