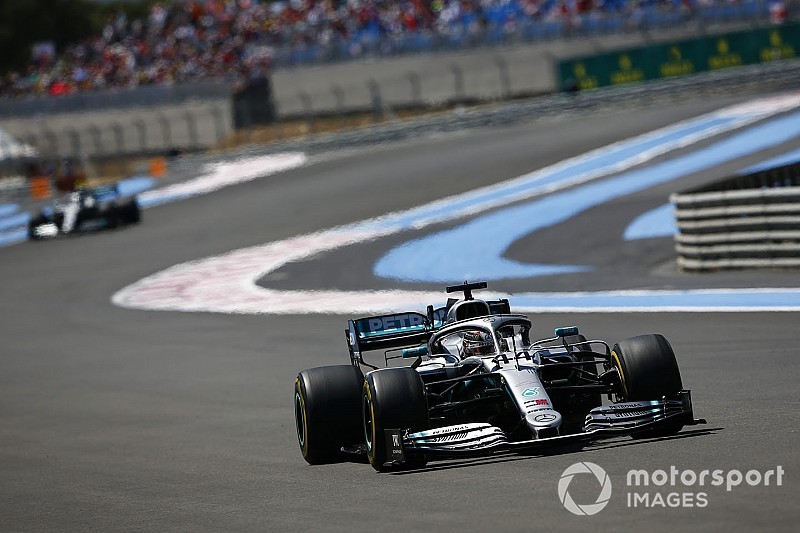 The heavily-criticised French Grand Prix has been followed up by two exciting races in Austria and Britain, where the Red Bull Ring and Silverstone circuits regularly produce entertaining contests.

Five-time world champion Hamilton said adding different races to the F1 calendar is a good thing but believes better decisions can be made with track layouts, even though he accepts that sometimes options may be limited.

“I don’t know who does the selection, and I know it’s not that they always have a ton of tracks in every country that are possible to race a grand prix, but there are ones that they’re selecting for the future that we’re going to have not such great racing.

“The ones that are on the calendar that aren’t great.”

Hamilton cited circuits like Silverstone and the Austin track that opened in 2012 as among his favourites, because “you can follow” but also they are “spectacular” at high speed.

“But then we’ve got places where you just can’t follow and it’s like a train,” Hamilton added.

“So, what would you prefer? Having a race in those countries just for the sake of having a race – or do you want a great race like this [Silverstone]?

Bottas agreed that it was problematic that some grands prix come at the expense of good racing.

“I’m sure many of the track selections for the calendar, it’s just pure political reasons and money, rather than actually focusing on whether it’s good for racing or not,” Bottas said.

“From our side, it’s not that nice. We love racing. Everyone loves good racing, so that’s how it should be.”

Drivers are being given a more formal voice as F1’s rulemakers finalise the major rule changes being planned for 2021.

Both drivers hope that the unification of the Grand Prix Drivers Association means this will extend to having a say on circuits as well.

“We can be a part of advising on that,” Hamilton said. “We’re there to help make the sport better.

“We’re happy having the grands prix in these different countries but if they’re open to the idea of changing or adapting some of the circuits or using a different circuit in the countries, then we should look into that.”

Bottas added: “Like Lewis said, as the GPDA, we’re very keen to give our input because we’re in the car.

“We know exactly which type of tracks we need to have good racing. We have the feeling.

“So we are very, very happy to help.”