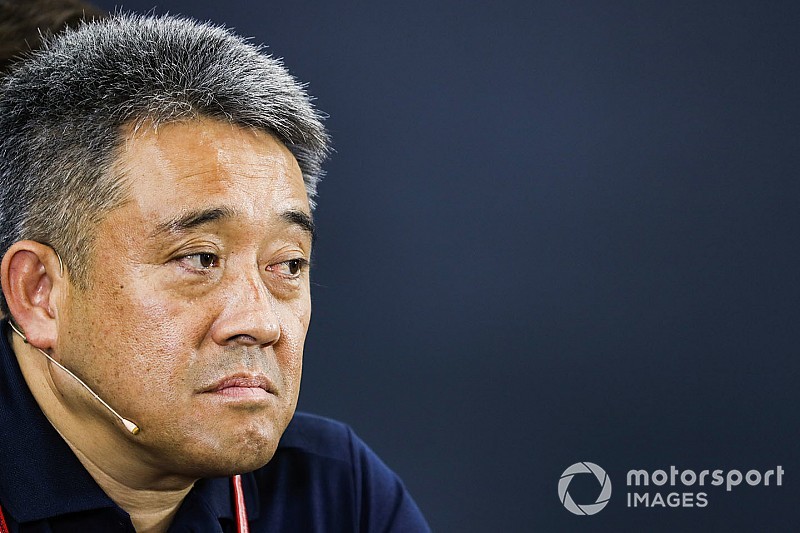 Honda’s motorsport boss Masashi Yamamoto will move into a newly-created, Formula 1-specifc role this year to boost its programme with Red Bull and Toro Rosso.

Yamamoto was already in charge of the sporting side of Honda’s F1 programme, and struck the deal to supply engines to Red Bull this year as part of his role managing the company’s overall strategy.

However, in his role as general manager of Honda’s motorsport division, Yamamoto’s time was split between many championships.

Honda has decided to create a new role for Yamamoto so he can devote more time to the F1 programme, and has confirmed he will take on the role of F1 managing director from April 1.

The Japanese manufacturer is supplying two teams this year, Red Bull and its junior outfit Toro Rosso, the first time it has done so since returning to F1 in 2015.

A Honda statement said the decision underlined “just how important this project is to Honda, especially in its first year back supplying two teams on the grid”.

Yamamoto will be replaced as general manager of motorsport by Hiroshi Shimizu.

As well as supplying two teams, Honda's deal to partner Red Bull and not just its junior team in 2019 represents a major opportunity to win in F1 again.

After three difficult seasons with McLaren plagued by poor performance and reliability, a leadership change for 2018 – overseen by Yamamoto – helped facilitate a change in fortune.

Honda had failed to find success with initially Yasuhisa Arai and then Yusuke Hasegawa, and decided to split the role of its F1 head across two people.

It moved its IndyCar man Toyoharu Tanabe into the role of F1 technical director and placed long-time Honda engineer and road-car guru Yasuake Asaki in charge at Sakura.

It made encouraging progress alongside Toro Rosso last year, which helped Honda win over Red Bull.

After an encouraging pre-season programme it heads into the new season with a realistic change of scoring its first victory since 2006.