Hulkenberg will leave Renault at the end of the current season and was in the running to switch to Haas, but has missed out there because the American team has opted to retain Romain Grosjean.

That has left Hulkenberg with few choices to remain on the F1 grid, with vacancies remaining at Red Bull, Toro Rosso, Alfa Romeo and Williams.

Horner had previously said Red Bull would only consider drivers outside its existing pool if one of Alex Albon, who currently partners Max Verstappen in the senior team, Pierre Gasly or Daniil Kvyat is not deemed worthy.

“Nico isn’t on our list,” said Horner on Friday at the Singapore Grand Prix. “He’s a great driver and it would be a great shame not to see him continue in Formula 1 next year.

“He’s a professional driver that arguably hasn’t achieved his potential in Formula 1.

“I hope very much for him he does find a seat because he’s better than some other drivers on the grid and he should be in Formula 1.”

Albon replaced Gasly at Red Bull at the Belgian GP, with Gasly moving back down to Toro Rosso after a troubled start to the season.

Red Bull has indicated it wishes to use the remainder of 2019 to evaluate Albon, while also considering Gasly and Kvyat at Toro Rosso.

“We don’t need to be in any rush,” said Horner. All the drivers in consideration are under contract.

“We’ll take the fullness of time to look and evaluate the progress of Alex and measure it against Dany and Pierre.”

Hulkenberg does not fit the criteria for Red Bull’s junior team Toro Rosso, while Williams is expected to go for a driver with backing, which Hulkenberg has admitted he cannot offer.

That leaves Alfa as his likeliest option, especially as Giovinazzi has struggled in his rookie F1 season and been outscored 31-3 in the points by teammate Kimi Raikkonen so far.

However, Giovinazzi is a Ferrari driver who occupies a space at Alfa that Ferrari has control over. He also scored his best result of the season in the previous race in Italy.

Alfa team principal Vasseur said: “We are focused with Antonio. He had an off at Spa but a recovery a week after at Monza.

“We want to help him develop and improve. I am really focused on Antonio, he is doing step-by-step a good job.

“Everybody is under the pressure in the paddock, not only the drivers. We are under pressure, F1 is a world of pressure. We have to deserve [to be here], all of us.

“The speed is there for sure, he’s matched Kimi in qualifying since the first once. Absolutely nothing to complain about with the speed.

“We just want to score more points. So does everybody!” 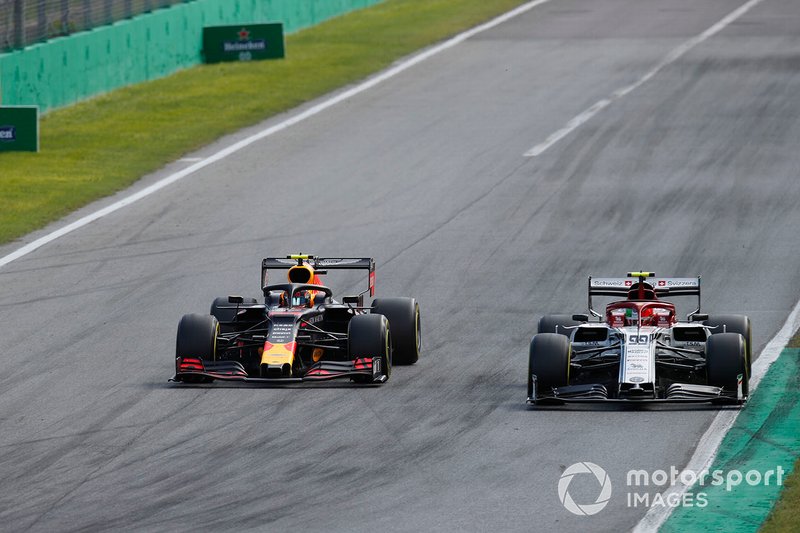 Kvyat says reverse grid races would be a "band aid"