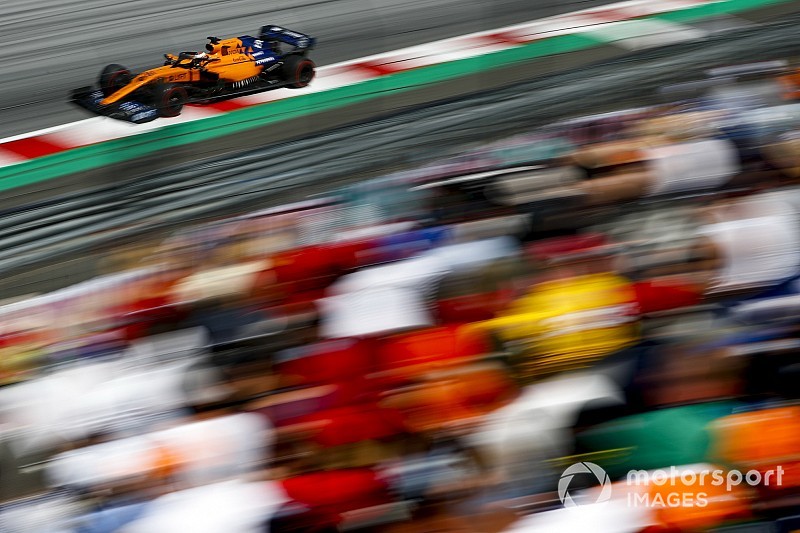 The British team has not won a race since 2012, its last championship success was Lewis Hamilton's inaugural title in 2008 and it has undergone a major top-level restructuring in the wake of its failed partnership with Honda and its own technical shortcomings.

Seidl, who joined the team in May, has already prioritised the construction of a new windtunnel at its Woking headquarters as McLaren bids to address its weaknesses.

F1 will introduce a cost limit of $175 million from 2021 – excluding expenses such as driver salaries, marketing costs and any fees associated with engines – and will be in place for five seasons up to and including 2025.

"It is fact that we as a team clearly underachieve with the possibilities we have - infrastructure, budget, know-how," Seidl told Motorsport.com.

"We should be better with what we have. I'm not a friend of constantly looking for excuses within the regulations or budget differences. At the moment, my focus is to first of all unleash the potential of the team with the circumstances we have.

"The next step is that the 2021 regulations will hopefully go in the right direction. One thing is clear: if we want to be competitive in the future and fight with the others, then we need a level playing field.

"For a team like us, the budget cap is the only way we can ever fight with the three big teams again."

Seidl first worked in F1 a decade ago with BMW, then moved on to managing the manufacturer's DTM return before switching to Porsche to head up its LMP1 programme with Fritz Enzinger.

He switched to McLaren instead of a new role overseeing Porsche's entire motorsport operation.

"When I decided to go to McLaren, Zak [Brown, the company's F1 CEO] was the first one to contact me," said Seidl. "It was immediately attractive for me to become McLaren's team principal.

"I then had another conversation with the owners of the team and realised that they were really determined to continue investing in the next few years and had a clear vision to return to the top.

"From that point, it was a relatively clear decision for me to accept the challenge. I want to lead this team back to the top, step by step".

McLaren is presently fourth in the constructors' championship, which would represent its best result since finishing third in 2012.

Seidl admitted that the timing for his arrival was "perfect" as McLaren bids to return to former glories.

"McLaren has gone through a very difficult period in recent years, with really bad results," he said. "With the experience I've gained in my career, I think I can contribute a lot to continue this positive trend that already started last year."

Ferrari's failed bid to have Mercedes pulled back explained