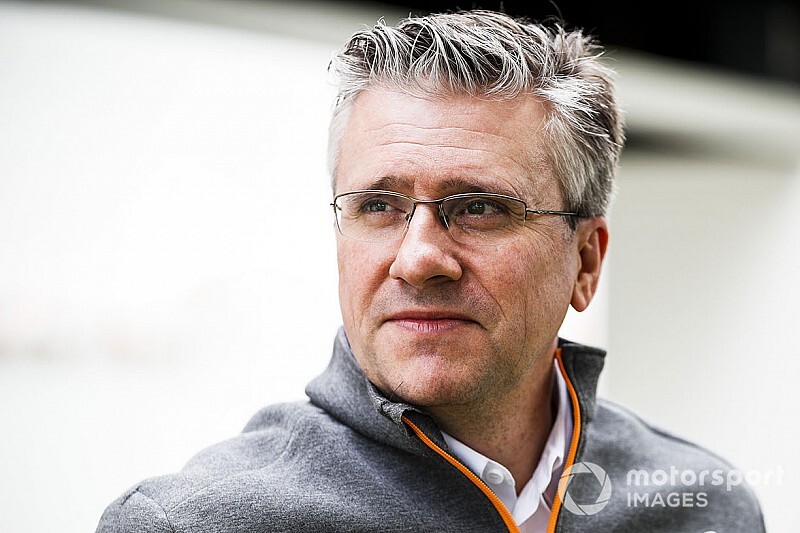 McLaren’s Formula 1 engineering director Pat Fry is understood to have been put on gardening leave after indicating that he wants to leave the team.

After eight years away, Fry rejoined the Woking outfit last year on what was a short-term contract while it needed extra input as it awaited the arrival of James Key, who had been recruited from Toro Rosso as technical director but was on a lengthy gardening leave of his own.

Fry contributed to the development of the MCL34, working alongside performance director Andrea Stella. Both men have been reporting to Key since the latter was finally able to take up his role earlier this season.

It’s not yet clear whether the 55-year-old has a firm offer from elsewhere. Although his gardening leave would potentially stop him from joining another team before its 2020 car is designed and almost ready to hit the track, Fry’s speciality is engineering and development, and he could be available before testing gets underway next year.

One logical candidate is Williams, which is now officially able to pursue potential new recruits for its top technical job after the legal situation with Paddy Lowe was resolved last week.

Asked in Austria if her team would now look for a direct replacement for Lowe, Claire Williams said: “We’re happy with the technical management team that we have, and we’re looking at the options that are available to us now, and what would fit most appropriately with our structure. As soon as we make a decision and we can make an announcement, we’ll share it.”

Fry has an impressive CV. He started his F1 career with Benetton in 1987, and was Martin Brundle’s engineer before starting his first spell at McLaren in 1993, just at the end of the Ayrton Senna era.

He worked as a race engineer with both Mika Hakkinen and David Coulthard. He was also chief engineer on cars that raced in odd-numbered years as McLaren used a system of alternating the role, and was thus responsible for the 2005, 2007, 2009 and 2011 cars, although he left to join Ferrari before the latter actually raced.

Initially he was deputy technical director and head of race engineering at Maranello, and later technical director, before leaving after a shake-up at the end of a difficult 2014 season that saw Ferrari only fourth in the championship. He then had a brief spell at Manor before returning to McLaren last September.

Asked about Fry’s situation, a McLaren spokesman said that the team doesn’t comment on matters related to personnel.

What slowed Mercedes in Austria, and can it happen again?