Lewis Hamilton and Valtteri Bottas have hinted at a further delay for Mercedes' new Formula 1 engine specification, with no confirmation of its French Grand Prix use yet.

Mercedes had planned to introduce the new spec across all six of its cars in Canada, but the introduction was delayed after last-minute reliability issues on the dyno.

Since then Mercedes has made modifications and continued dyno running - but given that the updates have to be proven over a seven race weekend duty cycle, it is likely that that process is still ongoing, and that a final decision will be made at the last minute.

One possible scenario is that Mercedes could gain a further day of dyno running by using its old engines on track on Friday, and then switching to the new spec for Saturday, if Brixworth gives the go-ahead.

If it doesn’t, then Mercedes may have to deploy fresh examples of the old specification on Saturday, which in theory will then have to do seven race weekends.

If the new spec is proven within the next few races, then the ‘fresh old’ spec could then be saved and deployed at venues like Budapest, where power is less important.

“At the moment, I don’t know,” said Hamilton when asked about the options. “I think I might have one of my new engines out of my three, which is good enough. The engine that we’ve used for the first seven races has been a great engine.

“A fresher, newer version of that is going to be great, and have more power than the [high mileage] one I raced in the last race, obviously. And so I personally am not concerned. I think tomorrow or the next couple of days we might have a better understanding of where we stand with that.”

Asked if it would be frustrating to miss out on a gain of a few tenths over up to seven race weekends Hamilton insisted that he had faith in the Mercedes engine team, led by Andy Cowell.

“It is all about tiny margins. Let’s just wait and see. Coming into this weekend, I’ve been on the phone to Andy this week, last week and into this week, and I have absolute full confidence in him and the guys.

“I don’t really want to say too much at the moment, because I don’t know what Andy is planning, but I trust that whatever decision those guys make will be for the right reasons."

Teammate Bottas has indicated that he’s keen to get the new spec this weekend, and hinted that the decision may be taken after Friday’s running.

“For sure we need to take some kind of new engine,” said the Finn. “This one is seven races old, and we are very much wanting to run the new one, but this we need to confirm tomorrow if we can or not. We will let you know tomorrow by the end of the day.

“I think this season is extremely close between three teams now, jut a little bit varying between race weekends, but any gain we can get – including a new engine – will be very important if we want to win the title. We all hope we can get the new one. At the moment that is our plan but we just need to confirm.

“I trust that things are being improved since two weeks ago with the new engine. If we decide to run it, for sure we are confident to run it 100%.”

Bottas conceded that taking a fresh old-spec engine, and committing to using it for seven races, would be a blow.

“I think as the championship is so close now, every hundredth or tenth is going to be very crucial. And for sure we all in the team, in Brixworth and Brackley, want to go for the new one but we need to confirm that tomorrow.

"If we want to win the championship then we need to keep getting all the small things. This is a big gain and we really need it.” 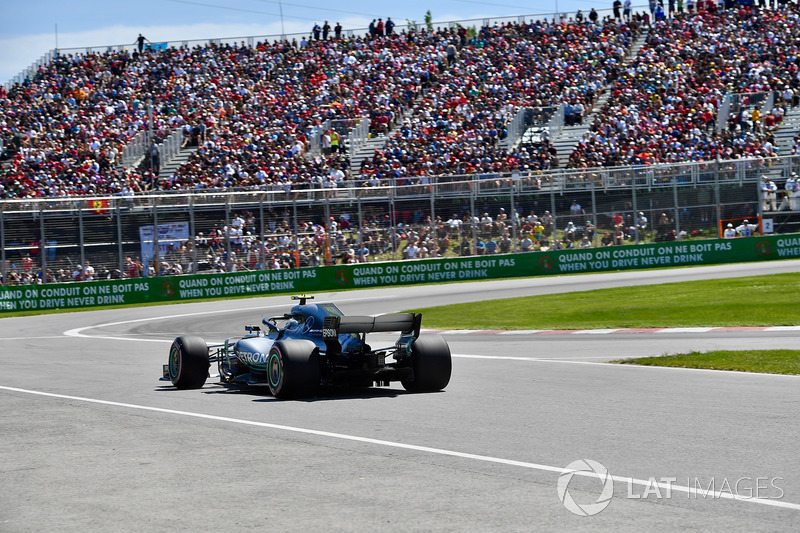