Mick Schumacher has described his first test in a contemporary Formula 1 car as “astonishing”, and said the 2019 Ferrari “felt like home” right away.

The reigning European F3 champion, who is the son of seven-time world champion Michael, took part in his first F1 test with Ferrari after the Bahrain Grand Prix – having previously driven his father's 1994 Benetton at Spa.

Schumacher logged 56 laps on a rain-disrupted first day of the Bahrain test, finishing second to Red Bull's Max Verstappen thanks to a run on the softest tyre compound C5.

Asked to describe how it felt to drive the SF90 onto the track for the first time, he said: “It was astonishing. The feeling I had, going out, first time on the throttle and everything, was 'this thing has serious power'.

“I felt good. There's so much potential in the car in terms of speed through the corners and traction and everything, that it's hard to describe and I'm sure there's a lot more to come.

“It was nice, it was really feeling like home already.

“It was beautiful to make those first laps, and obviously seeing all the guys working with the car, working with me. I felt very comfortable, I felt like home.”

The 20-year-old German also referred to the experience as “unbelievable”, “indescribable” and “really cool”, but said he found it “easy” to focus on the task at hand once the initial emotions subsided.

“Every single time I went out I learned something new - about how to drive the car, about the feeling I had in the car, the feeling I was looking for in the car. And I think we managed really well.

“I think the harmony in the team was really good and I learned well.”

Schumacher was not disheartened to be pipped to the top spot by Verstappen, who went six tenths quicker late on.

“Obviously Max has a lot of experience so seeing, comparing to him, I think we can be very happy.

“We've done our job, and at the end I was very happy about how I felt in the car and how confident I was. I think it was a very good day.”

He admitted that it was “unfortunate” to miss out on some extra mileage due to the rain, but said he plans to make up for it when he drives the Alfa Romeo C38 on Wednesday.

“[I'm] just waiting to get out there again, looking forward to trying to improve the spots that I wanted to improve today. Didn't get maybe as many laps in as I wanted to, [so] will try to really extend the run plan for tomorrow.” 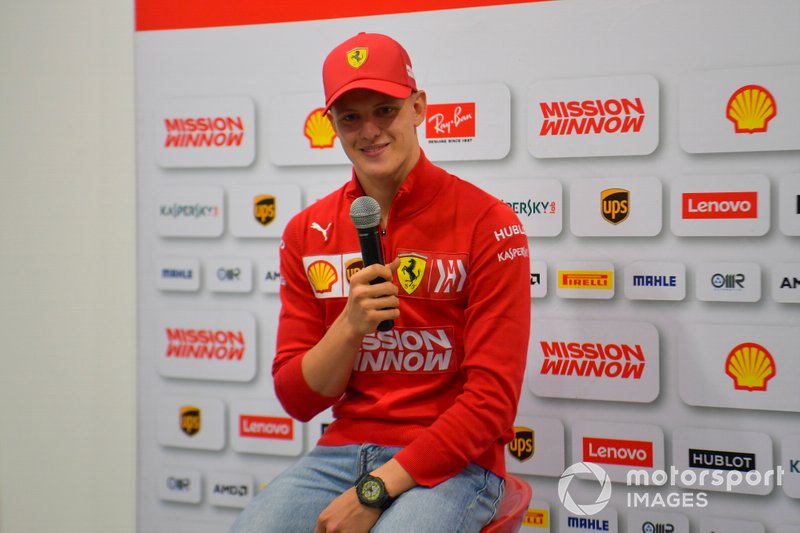