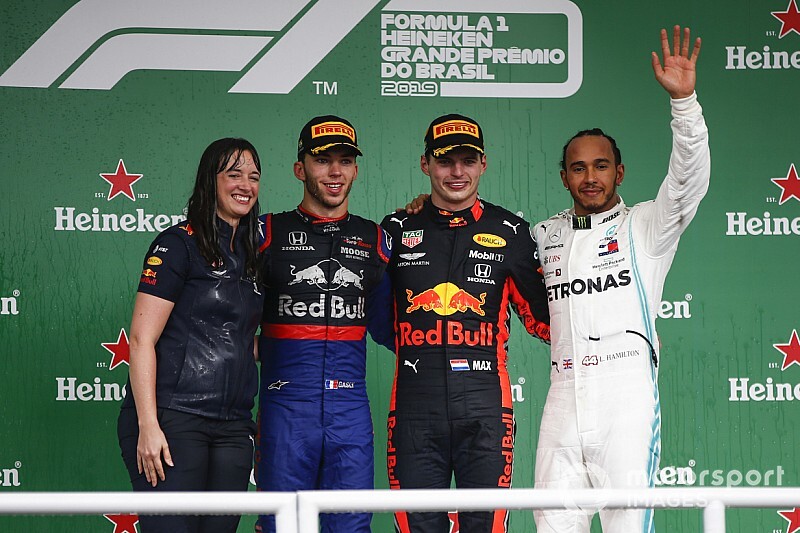 Schmitz was instrumental in electing to pit Verstappen from the lead at the first safety car period at Interlagos to switch to new tyres, even though it meant he would lose position to the pursuing Lewis Hamilton.

Horner said that Red Bull faced a dilemma at that moment, as Hamilton was always going to do the opposite, but that it was Schmitz who made the right call to stop.

“At that point it's like a game of chess as the leader, because the following car will only do the opposite,” he said. “So to give away track position is quite a brave thing to do.

“You have to be confident that we could make the pass on track, which we'd done once with Max before. But we felt that with that tyre advantage, he had only conceded one position, he could do it again.”

Horner also hailed how Schmitz has shown her commitment at Red Bull, having returned to work after maternity leave and also facing a hefty commute to work every day.

“Hannah has been with us in the strategy team for several years,” added Horner. “She took maternity leave last year and then returned to work after her maternity leave on a full time basis.

“She has a significant commute to work, she drives four hours every day, but she has that commitment and that passion for her job.

“She made the strategy call today and I felt it was right to reward her with going to get the trophy. And I think it's a great fillip for working mums that she's an important member of our team.”

Binotto: Leclerc and Vettel get on better than people think