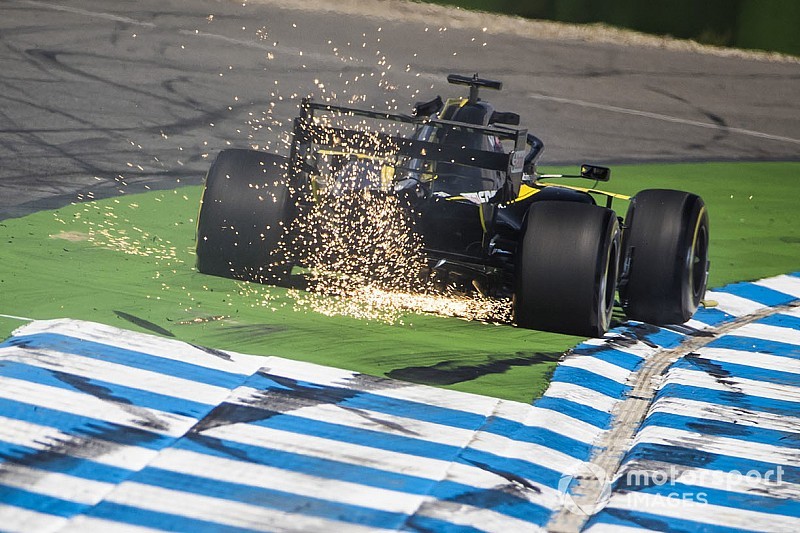 Daniel Ricciardo says he doesn’t share teammate Nico Hulkenberg’s frustrations about a lack of progress at Renault, claiming that he feels he has made more personal progress this year than he would have staying at Red Bull.

While Hulkenberg said ahead of the German Grand Prix that he had been disappointed that Renault had not made more gains over the three seasons he has been there, Ricciardo says that he still sees positives from the situation the team is in.

For although he left Red Bull for the opportunity with Renault, he says the fact that his former team has won a race this year changes nothing for him.

“I feel I would still be in the same position at Red Bull,” Ricciardo said. “Even though on paper the results are better, whether I am getting podiums or whatever I am getting, it is still getting what I was getting the last few years.

“At least here I have had to work already with new engineers. I’ve learned more about myself, and I’ve tried to get a more difficult car a little bit further up the grid.

“From a personal level, I know I have got more out of myself this year than I would have at Red Bull where I guess I would have kept doing the same thing with same people.”

Ricciardo does concede that chassis improvements have not come as quick as he would have liked, but says there is no reason to be too upset about matters.

“It is funny because in my years at Red Bull it was probably the opposite,” he said. “The chassis would develop fairly quickly but then the power unit was behind. This year the Renault, from the power unit side, I’ve been really happy with the updates and the progress.

“The chassis, we’ve found a few things since the start of the season but nothing big. For sure as a driver you always want more and until you see yourself at the top of the timesheets you are always going to want more.

“The French upgrade we were definitely expecting more from it and didn’t get as much, so there was a little bit of underachievement feeling through the team.

"I don’t want to sound too nice, but because I personally can’t create a front wing myself or anything, I don’t want to be like ‘what the hell are you doing?’ But hopefully the next batch of updates we get are a bit more significant.”

Asked if he could see Renault winning a race during the current period of his two-year contract, Ricciardo replied: “Current contract, yes. Current year, we all know this year is difficult… I do still have faith in this project 100%.”

German GP qualifying as it happened