Red Bull Formula 1 driver Daniel Ricciardo doubts his run of unreliability can be explained, believing it is as “weird” as when he first learned about mechanical oddities aged nine.

Ricciardo’s retirement from the United States Grand Prix last weekend was his fifth of the season for mechanical reasons, and extended his podium-free run to 12 races.

He has also suffered reliability problems at other points of grand prix weekends this year.

Ricciardo says he does not believe anybody in his team is making mistakes or not “doing something up correctly” and puts it down to “mechanical coincidence”, most of which have been triggered by problems on engine supplier Renault's side"

“Which is part of the reason sometimes I really don’t like this sport,” he said.

“I remember I was nine years old when I first started racing go-karts. One weekend, it just wouldn’t run. It was misfiring, misfiring. We changed the fuel hose, all these little things we tried, nothing worked.

“We went back the next weekend, a practice day, hadn’t touched the go-kart – threw it in the van, put it out, went on track: it was fine, nothing was wrong with it.

“From that day on I knew that motor vehicles are weird. There’s many more words I can use but very weird, and strange.

“That’s all it is. Sometimes they don’t work. Why it keeps happening, I don’t think there’s an explanation.”

Ricciardo will leave Red Bull for Renault at the end of the year and wants to end his spell with his long-time backer on a high. 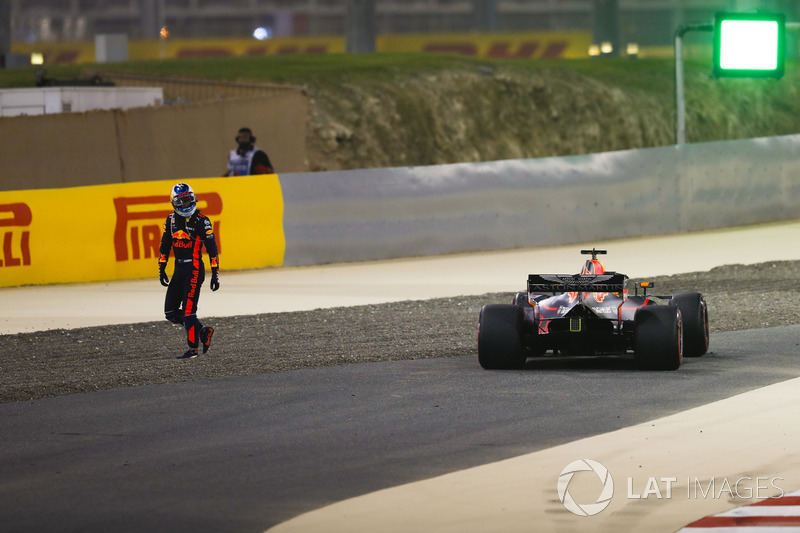 Daniel Ricciardo, Red Bull Racing RB14 Tag Heuer, walks away from his car after retiring early in the race with technical issues

He said he does not feel he needs to change anything to arrest his misfortune because the problems are outside of his control, and stressed his latest Renault-induced failure did not give him second thoughts about his move to the works team.

“I think I’m still more excited than not just about having a fresh environment and a change,” said Ricciardo.

Red Bull is expected to contend for victory this weekend and Ricciardo, who has not stood on the podium since winning in Monaco in May, said his motivation has not dimmed.

“I don’t know if it’s easy for other drivers but for me I feel it’s easy because if I won in Austin, I’m motivated to use that momentum and win again in Mexico,” he said.

“If I have the result I have in Austin, which was bad, I’m motivated to try to do better and get the podium maybe I lost.

“It’s still quite easy for me to be motivated. If this kept happening for five years, 10 years, maybe I start to get fed up.

Ricciardo punched the wall of his room at Austin after returning to the garage post-retirement.

He joked: “Hopefully we get a good run the next few races otherwise these guys will probably be sick of me as well, losing my shit.

“Probably for everyone it’s a good thing I move on!”

The untold story of Kimi Raikkonen