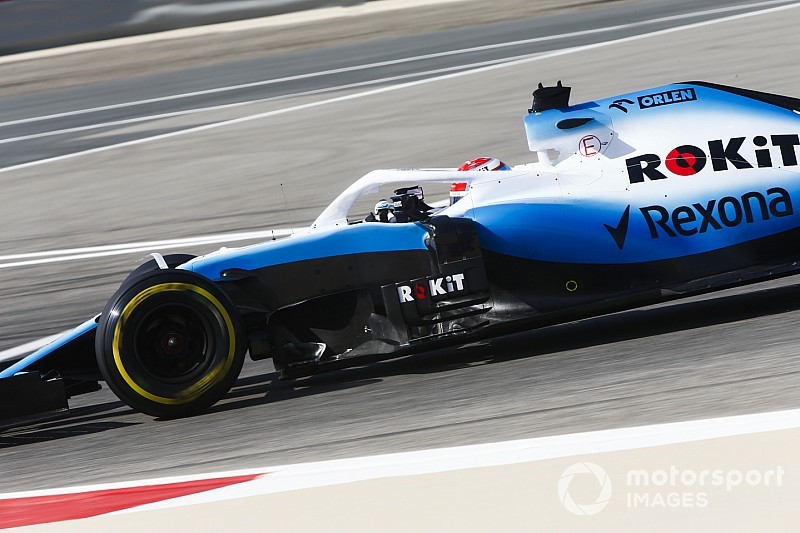 Williams Formula 1 rookie George Russell says he is urging his team to use its struggles at the back of the grid as an opportunity to experiment more.

Russell and his teammate Robert Kubica qualifed on the back row of the grid for the season-opening Australian Grand Prix, more than a second slower than the 18th-placed McLaren of Carlos Sainz.

They finished last of those who made it to the flag, with Russell lapped twice and Kubica three times, and Russell said ahead of this weekend's Bahrain Grand Prix that he had called upon the team to make the most of being "under the radar".

"I have learned that I can go out there and try things and it's not going to make a huge difference," said the 2018 Formula 2 champion.

"I can push the car in different ways. If I compromise a set of tyres because I've made a big mistake, obviously it's not ideal, but it's not going to make a drastic difference to our overall result.

"It's the same with the engineers. I've told them quite clearly, let's try things. We've got this opportunity to do that.

"We can maximise everything now for when we do have the right car. [Then] we should be more on top of it compared to the others.

"You can be quite in your bubble, not try things because you feel like you have to maximise it – but for all you know there might be more potential there."

Russell said this could range from the team trying different things with tyre preparation to him altering his driving style.

"It takes the pressure away," he added. "We've got the opportunity to try things and we've got no penalty for it."

Russell has graduated to F1 after back-to-back titles in GP3 and F2, and admitted the scope of set-up work over an F1 weekend has come as a surprise.

He described his F2 experience as "arrive and drive" because there is only practice session before qualifying and the two races.

"That was great from the driving perspective because you had to adapt your driving," he said.

"You might have understeer or a lot of oversteer but you don't have three practice sessions to fine-tune the car.

"There's so much to gain off-track with that development, there's much more pressure on the drivers' shoulders."

Russell said the additional technical challenge of F1 was something he had been "building" himself up for.

He added: "I'm enjoying having the eyes on me in the team to say 'Do we go this way or do we go that way with the development, what are the main things we need to focus on?'.

"I never quite realised how much influence a driver has with the direction a team takes."

Ferrari: Not going for fastest lap in Australia a mistake