Vasseur: Raikkonen could be a fit for Sauber 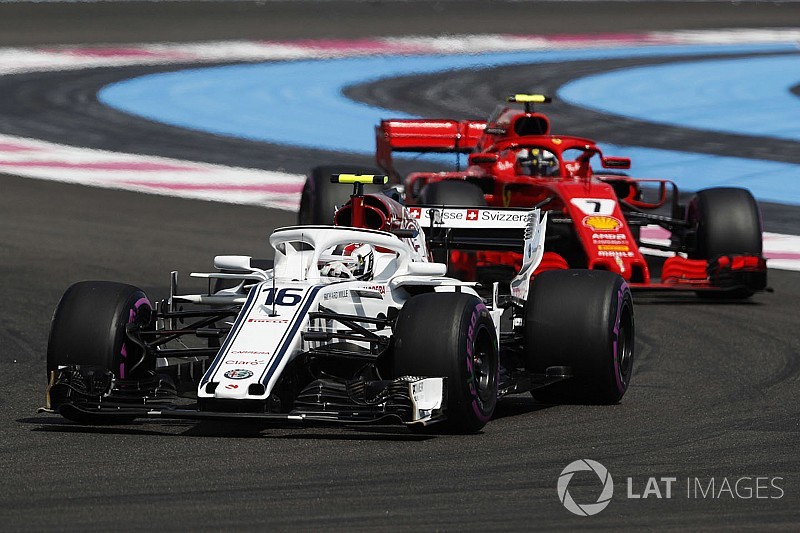 Sauber Formula 1 boss Fred Vasseur says a former world champion like Kimi Raikkonen could be a good fit for his team.

But amid speculation that Raikkonen is being considered for a move to the team where he began his F1 career, Vasseur is clear that its 2019 line-up decision will have to be based on "performance" and not sentimental grounds.

Ferrari is understood to have the right to name one of the two drivers at the outfit, which is in the first year of its title partnership with Alfa Romeo.

Current Sauber third driver Antonio Giovinazzi, affiliated with Ferrari since 2016, would be the obvious candidate for the drive in question, as no other drivers in the Scuderia's junior programme are suitably qualified.

However, there are suggestions that the seat could instead be earmarked for Raikkonen as part of a package that keeps the Finn within the Ferrari family, should he be willing to continue his career into 2019.

When asked if putting a former world champion in the car would put too much pressure on the Swiss team, Vasseur said all that mattered is ability,

"It is a problem for the rich?" he asked. "I don't care, I want to have the best guys into the car, this is the most important for the team, and no sacrifice with performance.

"It is much better to have a world champion than someone who won nothing."

He added: "I am just focused on performance. The most important for me is to have the best line-up for next year and the future. That is my only concern."

Vasseur said that the happy coincidence of Raikkonen's previous spell at Sauber had no bearing on any decision, and in making his choice he would not be swayed by relationships with drivers he knows from his own junior programmes.

"Honestly, it would not be a good approach. The most important for me is that in the driver selection and choice, it is important to have a common approach and not because I ran with a guy in F3 15 years ago, or he drove for Sauber 10 years ago."

Giovinazzi remains the logical candidate to replace Leclerc, and Vasseur admitted that the Italian had a strong chance.

"It is a good feeling that Antonio wants to be involved and we can be proud, and he will be on the list for sure.

"We will do some FP1s together and it is probably the best way for me to know the guy, and to understand each other.

"We did the same last year with Charles and it was a good first step in the collaboration."

Vasseur downplayed Ferrari's role in the choice of drivers: "We will discuss with Ferrari. It is not a matter of rights, but we will discuss together. It is not one list for one side and another one [for the other]…

"But I think at the end of the day for Alfa Romeo the most important is that the team is performing and we have to find the best line-up and the two best guys for the future of the team."