Vettel: Red Bull may end up "beating themselves" in Mexico 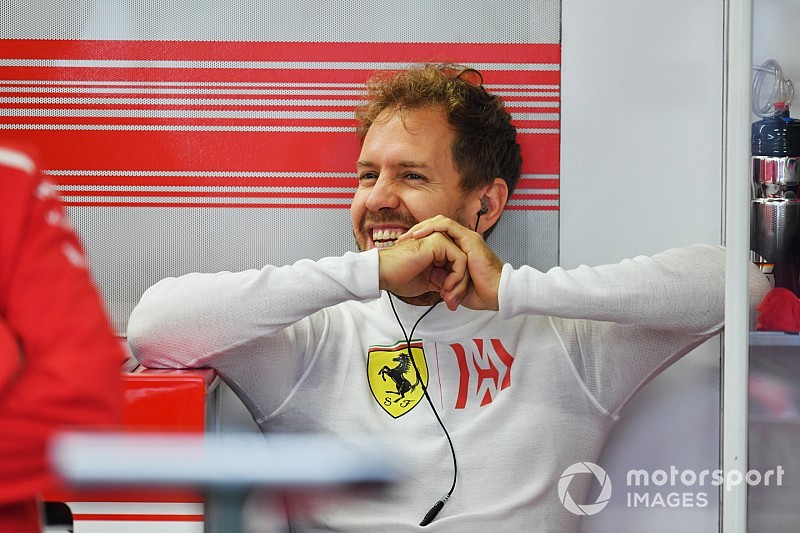 Sebastian Vettel says Red Bull's ongoing reliability issues gives him reason to believe he can still be a factor in the fight for victory in the Mexican Grand Prix.

Red Bull has been the class of the field in Mexico this weekend, topping every session and locking out the front row of the grid as Daniel Ricciardo edged out Max Verstappen.

But with the Milton Keynes-based team having endured a run of race ending failures this season – and Verstappen being stopped by an hydraulics issue on Friday – Vettel thinks that the result is far from certain.

"We have probably the best reliability so far," said Vettel. "With the Red Bulls, they are very fast and hard to beat, but maybe they beat themselves. We see.

"It is a long race. It will be decided over strategy and tyres, and how confident you are at end of stint and how much you can push."

Ferrari has been quickest of all in a straightline in Mexico but has lost out to the opposition in corners, something that Vettel believes comes from his car's lack of ultimate downforce.

"I think it is aero," he said. "We are quite fast in the straight but mostly because we have less downforce than the others, so we are fast on the straights and slow in the corners.

"This is probably not the track where efficiency counts for much, so you need all the downforce you can get. It was expected that Red Bull would be quick. Also with the huge turbo that the Renault has, they lose less power up here."

The straightline speed advantage against Renault could be critical in allowing Vettel to leapfrog the Red Bulls at the start, but he is not expecting anything to be easy.

"Well, from fourth it's a bit difficult to grab the lead but who knows what happens. We will focus on our start and then go from there.

"If there's an opportunity I think we go for it. But it's a long race, I think it will be more important to manage the tyres later on than making up ground at the start, but sure, if you can, you have to go for it. "