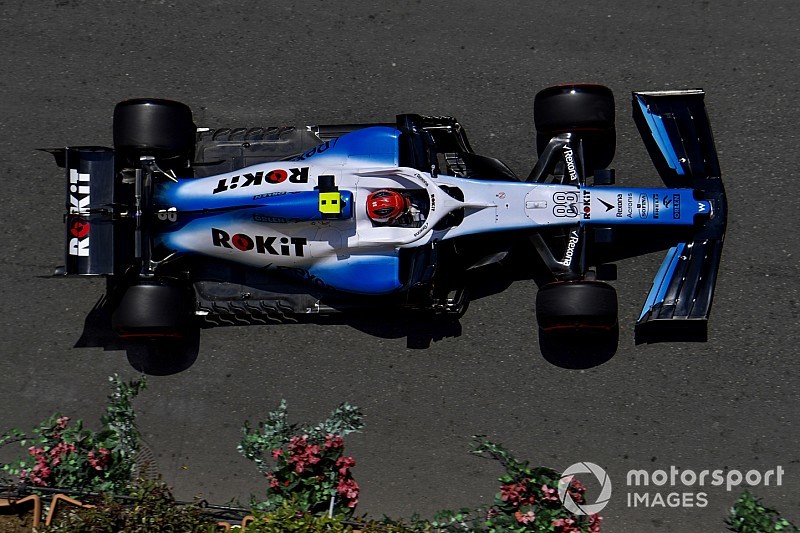 Williams has some "exciting things in the pipeline" as it bids to close the gap to the Formula 1 midfield after finally clearing a manufacturing "backlog" preventing development.

The British team is the only F1 entry without a point so far in 2019 and has been cut adrift of the rest of the grid in the first four races after a nightmare start to the season.

A late car build and need to change designs to ensure legality put it behind schedule, which has left it unable to produce upgrades to make up for its performance shortcomings.

Williams will bring "a few little updates" to this weekend's Spanish Grand Prix, which rookie F1 driver George Russell believes will "give us a good indication of how the rest of the season will pan out".

"It's definitely going to get easier from now on in and I have confidence that we are going to make progress," he said. "The team is working extremely hard and we have some quite exciting things in the pipeline.

"How close that will bring us to the rest of the pack I don't know but these weekend's are making us stronger. I do believe at some point we'll be able to turn it around."

Russell said Williams will not have a "full update" at Barcelona and says the developments focus on "a number of different things from aerodynamics to brakes".

"It will give us a clear direction of where we need to focus," he added. "And based on those results it will help us understand if we've got any hope for the remainder of the season or not."

Williams chief technical officer Paddy Lowe has not been working for the team since just before the season opener, for "personal reasons".

In his absence, Williams co-founder Patrick Head has returned on a short-term consultancy basis to assist the team's recovery.

Deputy team principal Claire Williams said Head is "acting as a guide" for the team's engineers and believes progress is on the horizon after playing "catch up" since missing the start of pre-season testing.

"We are now in a position where we have all our race quantities, we have the quality on those race quantities that we needed," Williams said. "Now we're looking to bring the upgrades that have literally been sitting on a shelf as we've cleared the backlog out of manufacturing.

"There is some light at the end of the tunnel. I think China demonstrated that we've brought a little bit of performance to the car, but we're still far too far behind the ninth-placed team at the moment. We're doing a lot of work back at Williams. If anyone thinks that we're just hoping for a miracle or that things will just go our way at some point, that's not the case."

Is downforce Ferrari's only problem?