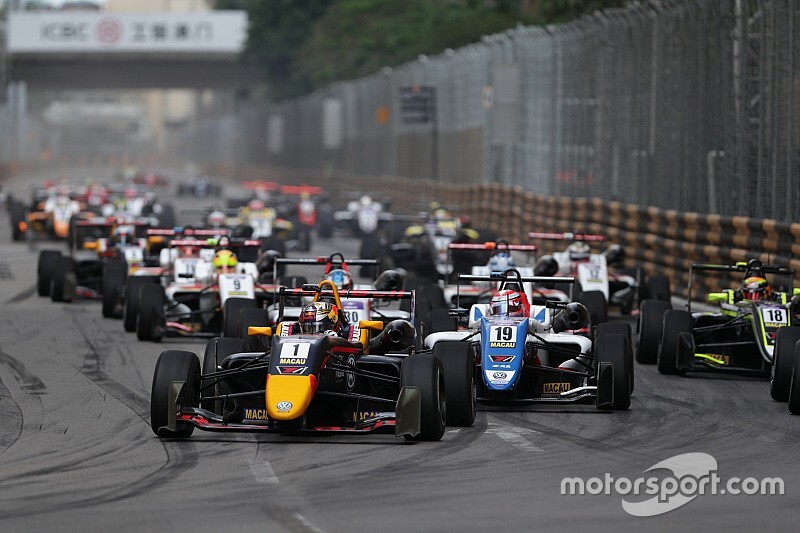 Ticktum won the last two Macau Grand Prix with the Motopark team, but the German team missed out on a place in the new FIA Formula 3 Championship this year and therefore also on a return Macau, now in effect a non-championship FIA F3 round.

The British driver was dropped by Red Bull after a disappointing first three races of the Super Formula season, and has since only raced for Van Amersfoort Racing in two rounds of the Formula Regional European Championship.

Ticktum, who previously made three European F3 starts for Carlin in 2016, will join team regulars Logan Sargeant and Felipe Drugovich in Macau.

Also making a one-off F3 return for Macau is Callum Ilott, who will join the team he races with in F2, the Charouz-run Sauber Junior Team.

Ilott will race alongside Ralf Schumacher’s son David, who made his F3 debut with Campos in the Sochi season finale, and Enzo Fittipaldi, the grandson of double F1 champion Emerson who is racing in Formula Regional with Prema.

Juri Vips was already confirmed for Macau with the Hitech GP team, where he is joined by two Formula 1 juniors who move teams: Renault-backed Max Fewtrell (from ART Grand Prix) and Honda protege Yuki Tsunoda (from Jenzer).

ART will race in Macau without either Fewtrell or David Beckmann, who has moved across to Trident alongside Formula Regional Prema driver Oli Caldwell. It comes after he missed the Sochi F3 finale, because his father was involved in a serious car accident.

Jake Hughes leads HWA’s assault alongside Keyvan Andres, while Alessio Deledda is the only driver listed for Campos and Red Bull junior Liam Lawson is set to spearhead MP Motorsport's assault on its Macau debut.

There are six TBAs on the 30-car entry list: one at Trident, two at Campos, one at MP Motorsport, one at Jenzer and one at HWA.