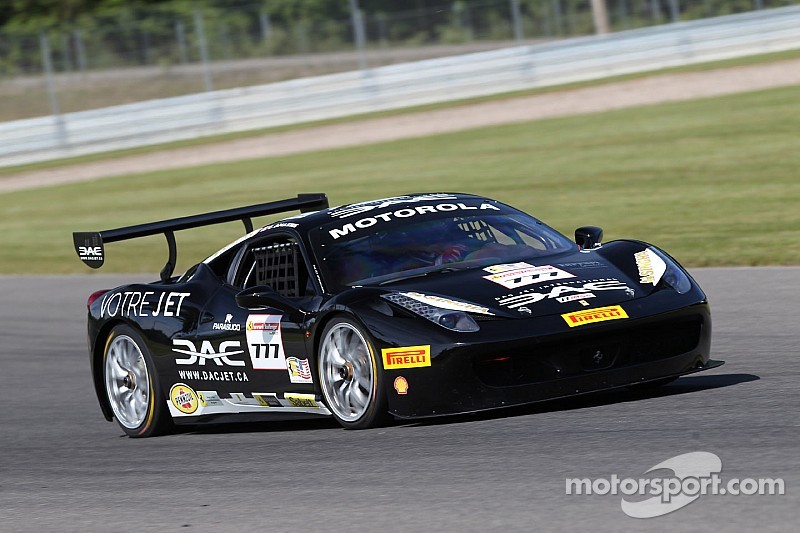 Sixth event of the season draws field of 27.

The North American Ferrari Challenge series visited another of North America’s premier racing circuits, Road America in Elkhart Lake, Wisconsin, this weekend for the sixth event of the season. A field of  27 Ferrari 458 Challenge Evoluziones took the green flag at the famous 4.0-mile circuit known for its long straightaways and high-speed corners.

On Saturday, spectators were treated to a  race-long battle for the overall lead. Emmanuel Anassis (Ferrari of Quebec, in photo) started from  pole position and led the race start-to-finish to take victory just ahead of Doug Peterson (Miller Motorcars). Finishing in third position and third in the Trofeo Pirelli class was Ryan Ockey (Ferrari of Ontario). The win marked a reversal of fortune for Anassis, who was involved in an incident in a morning session.

Sunday would see a repeat win for Anassis. Again qualifying on pole position, he led from start to finish and handily scored his second overall and Trofeo Pirelli win in two days, as well as his third of the season. Ricardo Perez (Ferrari of Houston) and Damon Ockey (Ferrari of Ontario) would have a battle for position for second position, with Perez able to best Ockey at the checkered flag.

The Coppa Shell class would see the same podium finishers for the second day in a row. Lu would win his second race in a row, again finishing a strong fifth overall. Ruud was in second position with Conde again in third.

In addition to the two Ferrari Challenge races, spectators were treated to a large turnout of modern and vintage Ferraris in the car corral organized by the Ferrari Club of America.

The next round of the Ferrari Challenge Trofeo Pirelli will be on September 19-21 at Watkins Glen International in Watkins Glen, New York.