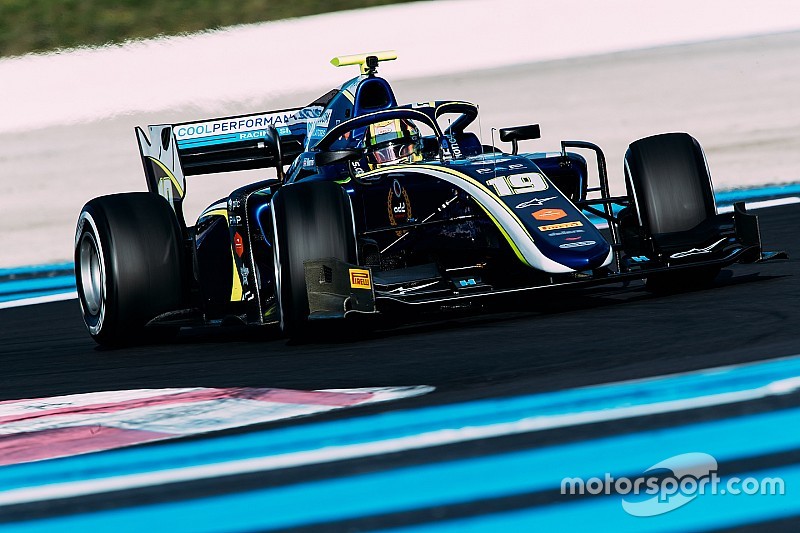 Lando Norris remained at the top of the timesheets as he led a Carlin one-two during the second day of Formula 2 testing at Paul Ricard on Wednesday.

Norris – McLaren's Formula 1 reserve driver – clocked the fastest time during the morning session and remained unbeaten across the remainder of the day's running.

Norris' time of 1m42.226s was over eight tenths faster than his Tuesday benchmark as he wound up 0.161s clear of Carlin teammate Sergio Sette Camara, whose best time also came in the morning.

However, unlike in Tuesday's wet/dry running, Norris did not lead both sessions, with Alexander Albon heading the times during the afternoon action.

Albon, who has switched to DAMS after racing for ART last season, placed third overall on the combined timesheets, within two tenths of Norris' fastest effort.

Thailand GP to go ahead despite coronavirus threat