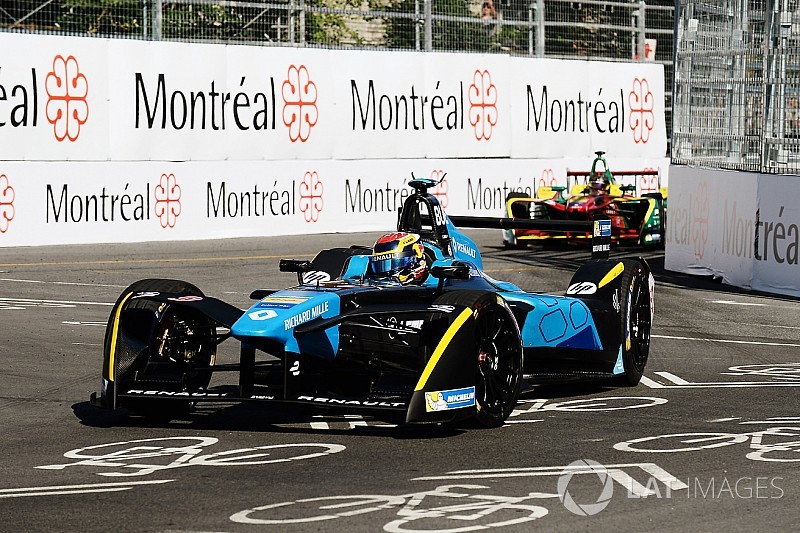 Sebastien Buemi has been thrown out of the results of the first Montreal ePrix after his car was found to be underweight at post race technical checks on Saturday evening.

The reigning champion, who finished fourth after a dramatic race which saw him fightback following a practice accident, saw his 12 points annulled after being disqualified as his rebuilt car failing the minimum weight test of 880kg.

The offence came under article 5.1 of the Formula E technical regulations, which details that ‘the total weight of the complete car including the driver must not be less than 880 kg at all times during the event.’

The stewards of the event noted that the Buemi’s rebuilt car ‘used a new monocoque, battery pack and gearbox as well as many other new parts.’

The official FIA communication also detailed ‘that there was insufficient time to weigh the car after the rebuild and before the race, even though the weighing platform schedule had been increased by 30 minutes by the Technical Delegate. The team reportedly added 4kg additional ballast to compensate for any weight variation in the rebuilt car.’

The penalty was immediate disqualification from the race, meaning that the re-calculated points in the title battle are now 18-points in Di Grassi’s favour.

Speaking to Motorsport.com immediately after being notified by the FIA of the disqualification, Renault edams team principal Jean-Paul Driot said: “We couldn’t weigh the car, we didn’t have the time so we added four kilos with three kilos of margin.

“So seven kilos in total and apparently the car is minus three, so it is ten kilos difference. We just cannot understand this!

“We tried to put in an appeal to weigh the battery, because we believe there is a big difference in batteries, but it is very complicated and we had so much to do today including a fire with Nicolas [Prost]’s car as well in parc ferme.”

The fire in Prost’s car was related to an auxillary part of the battery but caused large scale damage which the team are working through the night to fix for tomorrow.

Motorsport.com understands that the team has elected not to appeal the decision to disqualify Buemi.