Porsche Formula E driver Neel Jani says he couldn’t see the starting lights from where he was positioned on the grid, causing him to lose a place on the opening lap of the Diriyah E-Prix.

Jani qualified 20th on the grid for what was his third-ever Formula E race, 13 places behind his experienced teammate Andre Lotterer, who has moved over to Porsche after two seasons with the DS Techeetah team.

While the starting sequence itself was rapid-fire, Jani says his problems went beyond that as his view of the starting lights was obstructed by other cars.

The starting grid for the Riyadh race was located on the elevated straight between turns 17 and 18, with no repeater lights present to aid visibility of drivers starting further down the pack.

“On the start, well I didn't see the lights,” Jani revealed to Motorsport.com. “I never saw that, they almost green [straight away]. I never saw the red lights either. So that was a bit of difficulty.

“I never saw the red lights here because they were covered by the cars. I was like trying [to see over the top]. So that wasn't ideal.

“And then in the beginning we had a thing with laps targets - how many laps left and not.

“In the beginning we were a little bit too conservative, which doesn't change too much to race result, you have to be honest about that. But the gap would have been considerably smaller [to Andre]."

Porsche factory motorsport boss Pascal Zurlinden has confirmed that the issue regarding the visibility of start lights “will be discussed later” with the FIA.

While Jani wound up 13th after a difficult opening half of the race, Lotterer put on a charging drive to finish second, 1.319s behind the Audi-powered Envision Virgin car of Sam Bird.

The result secured a debut podium for Porsche, which, unlike fellow German manufacturer Mercedes, has entered the 2019/20 season as a brand-new team.

“It's living a dream at the end,” Zurlinden told Motorsport.com. “Our target for the year we always said was a podium in off-season. Now we reached it already at the first race.

“And in the end, it's a great achievement for all the hard work going back at [place] from all the guys and for the team and yeah, living a dream.

“I think for us, it was like a win to be second today." 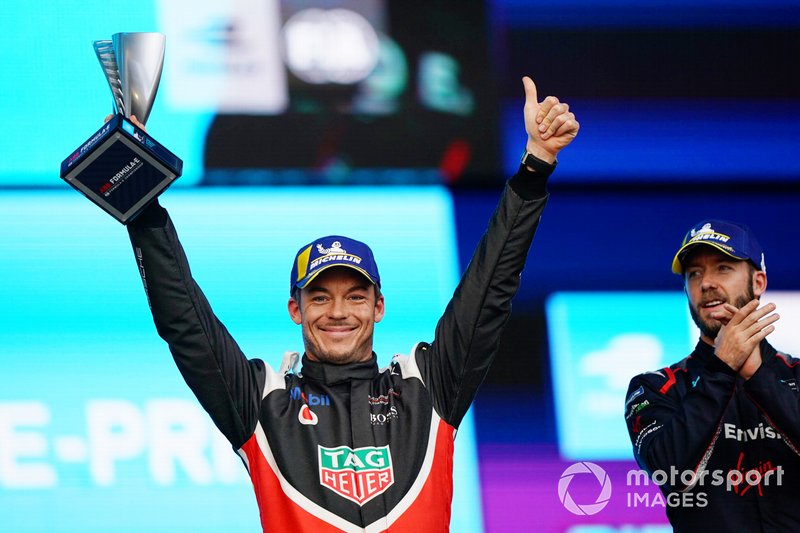