One driver dominated while the other survived a wild race to score victories in the Playstation 4 and Xbox divisions, respectively, to kickoff an historic season for NASCAR and eSports.

In the Playstation 4 division, Gravitt (sladeg84) showed everyone why he was the first overall pick in the Playstation 4 draft by Wood Brothers Gaming with his performance. He quickly moved into the lead and was able to hold off numerous challengers for the win in the 40-lap race.

“I just want to thank Jon Wood and everyone at Wood Brothers Gaming for taking a chance on me.” 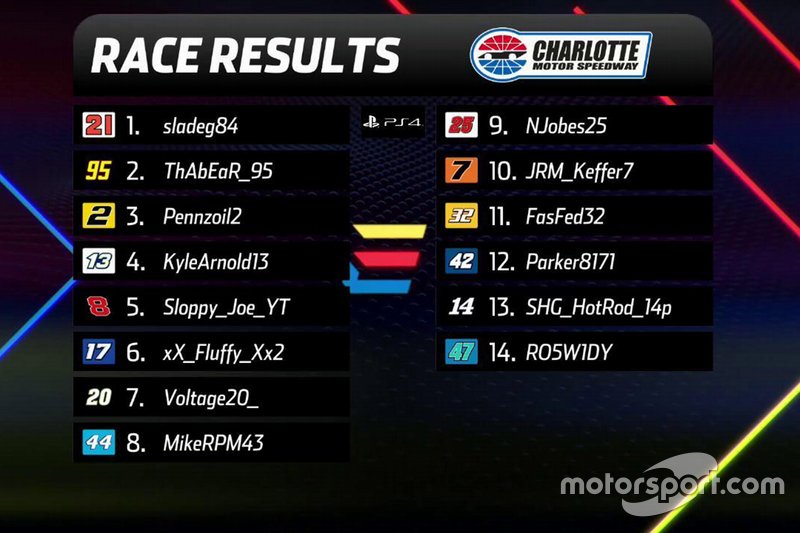 In the Xbox division it was a matter of survival in another caution-filled event. In the end, it was Team Penske Esports driver Tedeschi (ShellVPower22) who was all smiles.

Tedeschi was one of several leaders and was able to make a pass for the lead late in the race and hold on to give Team Penske bragging rights for winning the first race in the history of the league.

“Definitely a wild race with all the wrecks and cautions,” said Tedeschi. “It was great racing everyone and our No. 22 Shell V Power Mustang was very good and it’s great to be able to get the first win of the season.

“(Team Penske) won the Indy 500 and now we can add this win to our weekend. It’ll be fun racing with these great drivers this season.” 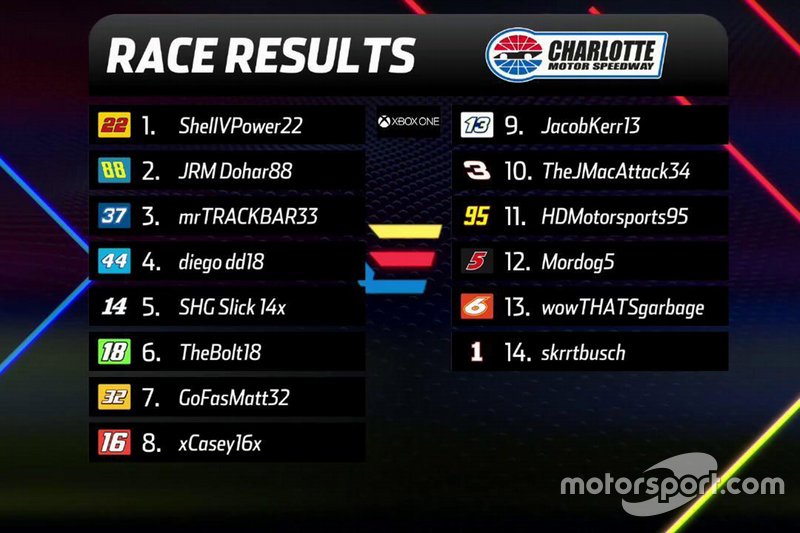 In the overall points standings Team Penske Esports used the win and third-place finish in both races to take the lead with 78 points. Wood Brothers Gaming is third with 73 points with JR Motorsports and Petty Esports tied for third with 70 each.

The next race will be held Wednesday, featuring Auto Club Speedway and fans can watch on the Facebook and Twitch pages for eNASCAR Heat Pro League.

Rossi: Marquez was out to help Lorenzo at Phillip Island