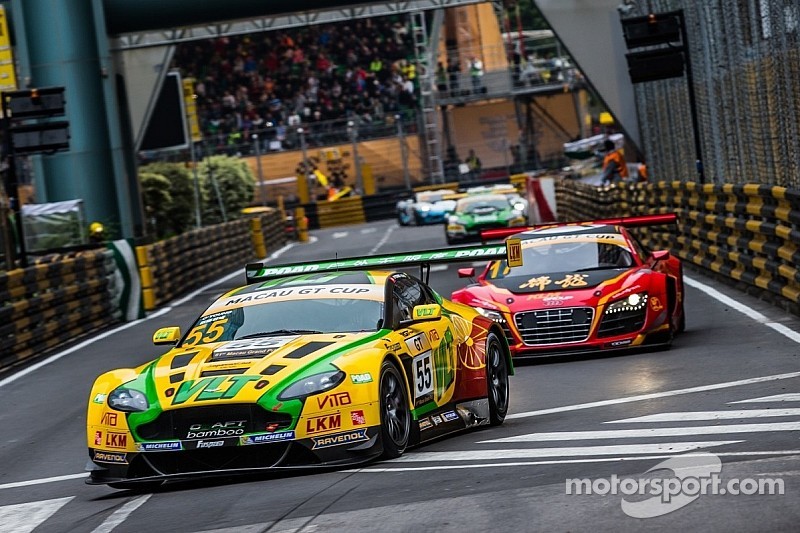 Off the back of a record season in 2014, the FIA sanctioned GT Asia Series has revealed an impressive 11-race programme across five countries for 2015, with plans for the series’ first 3 hour race set for Malaysia during September.

As it did in 2014, the Series will start on the southern tip of the South Korean peninsula at the Korea International circuit in Yeongam in mid-May. The demanding 5.615 kilometre venue was a huge hit with all competitors last year and saw surprise debut winners for GT Asia rookies Anthony Liu and Davide Rizzo in their Ferrari 458 GT3. Last year none of the Teams or drivers had any prior experience on the circuit, but this year things will be a little different.

After South Korea, the Series heads to Japan for the first of two events in the ‘Land of the Rising Sun’, with a return to Okayama at the end of June. The last time the GT Asia Series visited the 3.703-kilometre venue of the former Pacific Grand Prix was in 2013, where Frank Yu and Stefan Mucke completed the double ahead of three-time series champion Mok Weng Sun.

From Okayama in June, the Series travels across Honshu Island to the famous Fuji Speedway Circuit for its regular mid-July date. Fuji always provides dramatic races and last year was no exception, with changeable conditions over the weekend thrown into the mix, the honours were divided between Mok Weng Sun and team-mate Keita Sawa, the other win was shared by Audi’s Jeffrey Lee and German factory driver Christopher Mies in Fuji’s infamous torrential rain.

The fourth event of the 2015 season will see the 5.543-kilometre Sepang International Circuit in Malaysia play host to the first ever 3-Hour race in the history of the GT Asia Series. The two driver format ‘endurance’ race - worth double points - will certainly spice things up and be a significant factor in the chase for the 2015 Title.

"Generally it is not within our concept to have longer distance races, we are very happy with our normal two one-hour race format held over each weekend, however, there was a strong desire amongst all the competitors for a single three-hour race to be incorporated into the Calendar, so we decided that we would host it here at Sepang. There is no plan to expand on this during the normal course of our season and we will see how it goes to decide whether or not to make this a regular event for the future,” said David Sonenscher - Joint Series Director.

From Sepang, the Series will travel to Shanghai in China during late September, the venue where the title fight between Anthony Liu and Mok Weng Sun played out ahead of the season finale at Macau last year. Shanghai proved tough territory during 2014, eliminating both title contender Hiroshi Hamaguchi and Fuji winner Jeffrey Lee in dramatic fashion.

Whilst Shanghai signaled the penultimate venue of the 2014 season ahead of the traditional Macau Grand Prix finale, the final point scoring round this season will be held at a new venue for the burgeoning GT Series, at the new 4.554-kilometre Chang International Circuit in Buriram, Thailand, 400 kilometres to the east of Bangkok and close to the border with Cambodia.

The final event of the Year will be once again held at the Macau Grand Prix, and will be an invitational event open to the leading GT Asia Teams and drivers as in past seasons. However, due to the fact that the Series numbers are growing significantly and the format of the Macau GT race only allows for a single driver, it has been decided that this year's Macau GT race will not be a point scoring round for GT Asia. In all other respects the event will remain the same and will for all intents and purposes be part of the GT Asia season.

"On balance I think that it is a good thing that Macau will no longer count for points towards the Series as this will allow our competitors to drive without worrying about the consequences of an accident affecting their Title challenge, which I think will be a huge relief to some of our drivers and Teams, who maybe couldn’t push quite as hard as they wanted to in the past. I am really looking forward to it.” said David Sonenscher.

The GT Asia Series is sanctioned by the FIA as an International Series and is clearly recognised as the Region’s leading GT Championship. It is jointly managed and promoted by Motorsport Asia Ltd and the Supercar Club Hong Kong.