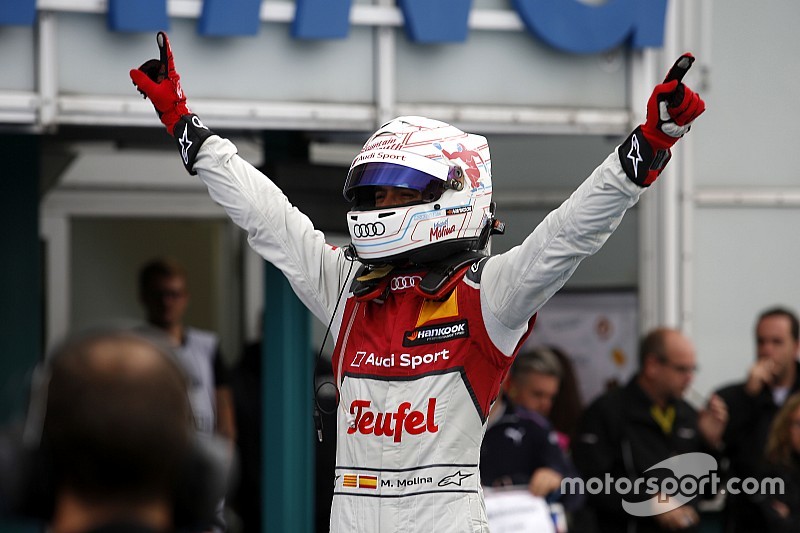 The Spaniard was left out of Audi's DTM line-up for 2017 after a seven-year stint in the series with the Ingolstadt marque, during which he secured three race wins.

When Ferrari held a shootout at Vallelunga in search for a replacement for its Porsche-bound WEC star driver Gianmaria Bruni, Molina was among those present.

The vacant WEC seat eventually went to Alessandro Pier Guidi, but Molina, who was reported to have impressed in the shootout, will get to contest a campaign in the Ferrari GT machine after all.

"We were testing this week [at Paul Ricard] and it looks like everything went very well," Molina told Motorsport.com. "I'm happy to be able to help the team. It's a new series for me, but I'm very excited.

"It all happened very quickly, really. I think the goal is the same for everybody. We have a good team and we'll try to run up front in as many races as possible and, as for me, I'll try to adapt as quickly as possible to the series and this new format of racing.

"The DTM car is nothing like a GT. Last year I had the chance to do two races with an Audi R8, and this is pretty different. This car is more neutral, easier to drive, and driving a Ferrari and listening to its engine is always very nice.

"It will probably take some work to adapt in the first race to get back into the rhythm, but these two days at Paul Ricard were very useful to see everything.

Molina is not the only driver to have taken to Blancpain for 2017 after exiting the DTM, as compatriot Dani Juncadella - who had been left out of the Mercedes line-up - was confirmed earlier at AKKA-ASP.