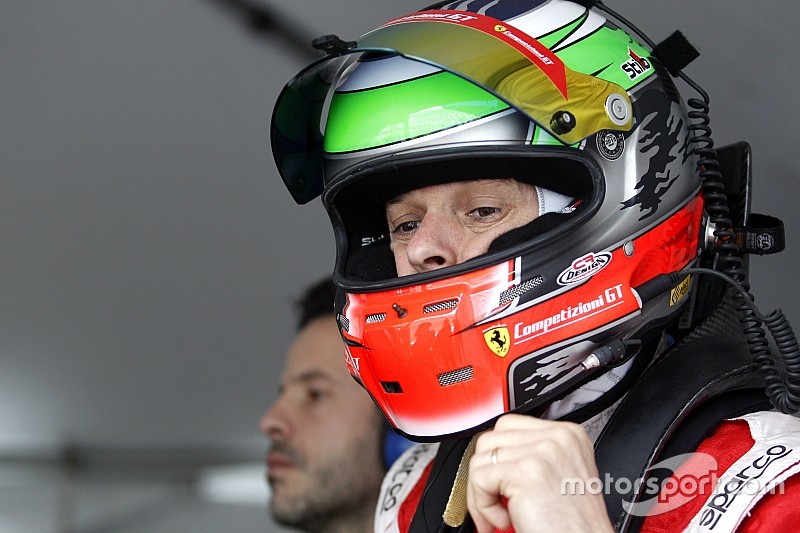 Ex-Formula 1 driver Giancarlo Fisichella is to make his debut in the Blancpain Endurance championship as part of AF Corse's expanded presence in the series.

Fisichella, who has raced AF Corse's Ferraris since 2010, will tackle select rounds of the five-event series alongside Motoaki Ishikawa and Lorenzo Bontempelli in the all-new Ferrari 488 GT3.

The exact rounds that the Italian ex-F1 driver will tackle are yet to be confirmed, although he will almost certainly miss the three-hour season finale at the Nurburgring, due to it clashing with his full-time commitments in the American IMSA category.

For the rounds that Fisichella will skip, Ishikawa and Bontempelli will be partnered by another ex-F1 driver and GT ace Olivier Beretta.

Having entered four Ferrari 458 GT3s full-time in the 2015 BES campaign, AF Corse will expand to six cars - four of them Ferrari 488s.

Pasin Lathouras and Alessandro Pier Guidi, who won the Pro-Am class of the Spa 24 Hours last year, will step up to the Pro class, joined by Michele Rugolo, who finished runner-up in International GT open last year with Lathouras.

Matt Griffin and Duncan Cameron, who won the 2015 BES Pro-Am title for AF Corse, will stay in the class, but get promoted to a Ferrari 488.

In Am, the 488 entry will be driven by Peter Mann, Rino Mastronardi and Francisco Guedes, while Alexander Moiseev, Garry Kondakov and Riccardo Ragazzi will pilot the 458.