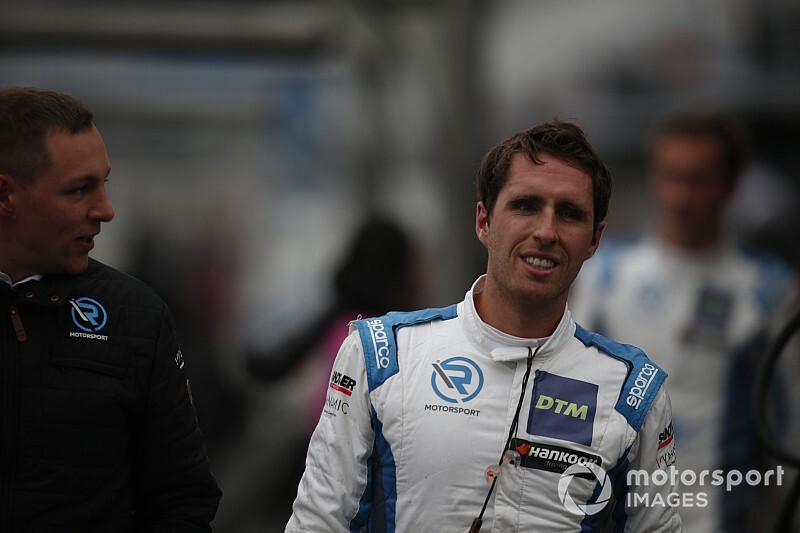 Juncadella was R-Motorsport’s top finisher in the DTM last year, grabbing 14th place in the championship standings with a best result of sixth at the Norisring.

He would have likely continued in the same role in 2020, but those plans were cut short when R-Motorsport announced its exit from the tin-top series in January.

The Spaniard will pair up with Ricky Collard and Jake Dennis in the team's #76 entry for the GTWCE's Endurance Cup segment, both drivers retaining their seats from 2019.

"The truth is that I am really looking forward to it because it had been a while since I got into the car, without having any plans for this year," Juncadella told Motorsport.com.

"It was a hard blow not to continue in the DTM after two very competitive years, especially on a personal level. I was at a very good time to start succeeding if the car allowed it, but we had to change our plans and adapt to what there is"

"I will race in GT3 with Aston Martin. It is a car that has some peculiarities in terms of performance in long races, but I am adapting very well.

"It is a super competitive championship and I've missed endurance racing. Also, with the ADAC GT Masters I will complement it with a category similar to the DTM.

"My teammate Jake [Dennis] has a lot of experience in this discipline and he will help me to adapt myself as soon as possible".

We will have to take into account the Balance of Performance [BoP] and whatever that affects the performance of the car, but I really want to start already."

The #62 Vantage GT3 will be piloted by Marvin Kirchhofer, Tom Blomqvist and Luca Ghiotto, the latter of which will combine his latest sportscar racing commitments with another season in Formula 2. Hugo de Sadeleer, James Pull and Max Hofer will share R-Motorsport’s #762 entry, which is entered for the Silver Cup.

For the Sprint Cup, Blomqvist and Ghiotto will drive the #62 Vantage, while Kirchhofer will move across to the #762 car alongside de Sadeleer. Pull and Collard will feature in the team's #76 entry.

Factory Aston drivers Alex Lynn and Nicki Thiim, who both made selected appearances in the series last year on top of their primary programmes in the FIA World Endurance Championship, were not included in the team’s 2020 line-ups.

Apart from GT World Challenge Europe, R-Motorsport will also take part in Spa and Kyalami rounds of the Intercontinental GT Challenge, having already raced in the season opener at Bathurst earlier this year.

It will also enter the GT4 European Series for the first time with an Aston Martin Vantage GT4.

"The R-Motorsport program is more extensive than ever with the start of our three Aston Martin Vantage GT3s in the GT World Challenge Europe and in selected races of the Intercontinental GT Challenge," team principal Florian Kamelger said.

"With the first-time participation in the GT4 European Series, we are also involved in popular sports. Our GT3 driver team is made up of experienced people and young talents.

"The promotion of young people is particularly important to us. With its targeted support program in international GT racing, R-Motorsport creates the basis for a successful career for young, talented drivers."