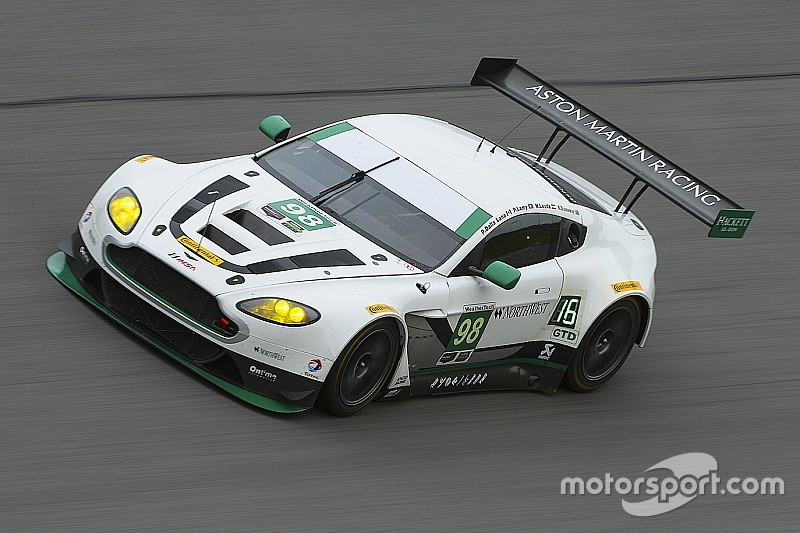 Following an extensive ROAR test session at the beginning of the month, the team returns to the Floridian circuit with their V12 Vantage GT3, confident of a strong finish in the GTD class. Testing times remained tantalisingly close throughout the weekend, with the top 18 GTD runners separated by just 1.62 seconds in practice six.

John Gaw Team Principal of Aston Martin Racing said, “Racing in Daytona is incredibly important for a manufacturer such as Aston Martin and I am confident that we have the potential to compete at the front of our class. Our drivers are well-prepared to take on 2016 and Daytona would be the perfect place for them to seal their first result of the year. It’s also a pleasure to be racing alongside our partner-team TRG, who I hope will also have a successful race weekend”.

Following the test, Aston Martin Racing works driver Richie Stanaway also commented, “After a successful test I’m really looking forward to returning to Daytona to compete in the 24-hour race. We have a great driver line-up and I hope that together we can achieve a strong result for the team”.

The team’s entry will continue to sport the white and green livery revealed at the ROAR earlier this month. The car’s livery references the brand’s exclusive Vantage GT12 road car; a 100-only special-edition, sold and delivered to customers throughout last year.

Aston Martin Racing will announce its plans for the rest of 2016 season in due course.

Balance of Performance set for Rolex 24

Michelin readies its options for 24 at Daytona