All three pilots have logged thousands of fast laps behind the wheel of Porsche machinery in competition.

Los Angeles, Calif. – As the team prepares to debut in the Rolex 24 At Daytona next month at the Daytona International Speedway, GB Autosport is pleased to announce a driver lineup that boasts significant speed, experience, and unbridled commitment. 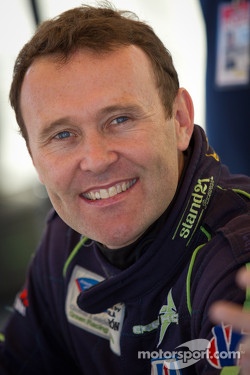 Damien Faulkner (Ireland) has been signed to a multi-year program with GB Autosport and will open the year co-driving the GB Autosport Porsche GT America with experienced Porsche pilots Patrick Huisman (Holland) and Bob Faieta (USA) for the opening round of the 2014 IMSA TUDOR United SportsCar Series Championship on January 25-26. The team will campaign its GT America with the No. 81, a number synonymous with Porsche and Team Manager Cole Scrogham’s past successes.

All three pilots have logged thousands of fast laps behind the wheel of Porsche machinery in competition, and will look to put that experience to good use as the GT Daytona Class is set to be one of the most competitive ever. GB Autosport continued its preparation in earnest this week with a highly successful test, and the team is looking forward to arriving at Daytona fully prepared for the Roar Before the 24 official test on January 3-5.

Faulkner has long been affiliated with Porsche, racing the brand into the winner circle in the 2011 Sebring 12 Hours behind the wheel of a 911, and once again taking a Porsche to the top in ALMS competition in 2012. Faulkner, who raced Stateside in Indy Lights competition in 2001 and 2002, has signed a two-year contract with GB Autosport as he looks to add to his extensive racing resume.

“I’m delighted to have joined GB Autosport for the 2014 TUDOR United SportsCar Championship,” said Faulkner. “It’s great to sign a two-year deal that ties me to this series. This is where I want to be. I believe GB Autosport is serious about their aspirations and being the fastest Porsche will be right up there on the ‘to-do-list’. It will be interesting competing with a number of manufacturers during the course of the season and we’re hoping, with the team we have, to compete up there with the best.” 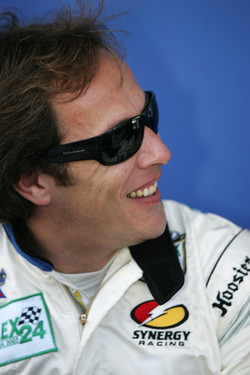 The No. 81 GB Autosport entry is further strengthened by the addition of Dutchman Huisman, who is also a championship-winning Porsche driver. Huisman earned four Porsche SuperCup championships (1997-2000) as well as victories in the 1999 24 Hours of Le Mans and 12 Hours of Sebring behind the wheel of a Porsche 911.

“I’ve worked with Cole (Scrogham, Team Manager), Mario (Prezel, Chief Engineer),Bob (Faieta) and Damien (Faulkner) before and we all understand what it takes to be successful so I feel confident that we will be able to do a good job,” said Huisman. “I will support the team with my experience in terms of setting up the car in a way where all the drivers and team will benefit. For sure (the new series) will be competitive, but the same goes for most of the categories worldwide so in that way we know what to expect. I believe we have a very well balanced package so my goal is an outright victory with GB Autosport. Daytona is the only 24-hour race that I haven’t won, so I think it is about time!”

The abundant experience among the drivers as well as the deep talent pool that GB Autosport has aligned in Team Manager Cole Scrogham, who has amassed eight GRAND-AM championships, Chief Engineer Mario Prezel, who has over 15 years of experience engineering Porsche entries, and Team Director Bob Faieta, who has multiple Porsche GT3 Cup Championsnships, sees GB Autosport well-placed to be a strong contender in the 2014 IMSA championship.

“Having raced in the United States in Indy Lights as far back as 2001, I now have a number of years behind me in ALMS and GRAND-AM,” said Faulkner. “I’m delighted that Cole is part of the effort and has put together some very talented people with whom I’ve worked before, namely Mario and Bob. America is my favorite place to compete for a number of reasons so I am really looking forward to getting started.”

The first official test for the 2014 season is in just three weeks at Daytona International Speedway as IMSA holds the Roar Before the 24 January 3-5.