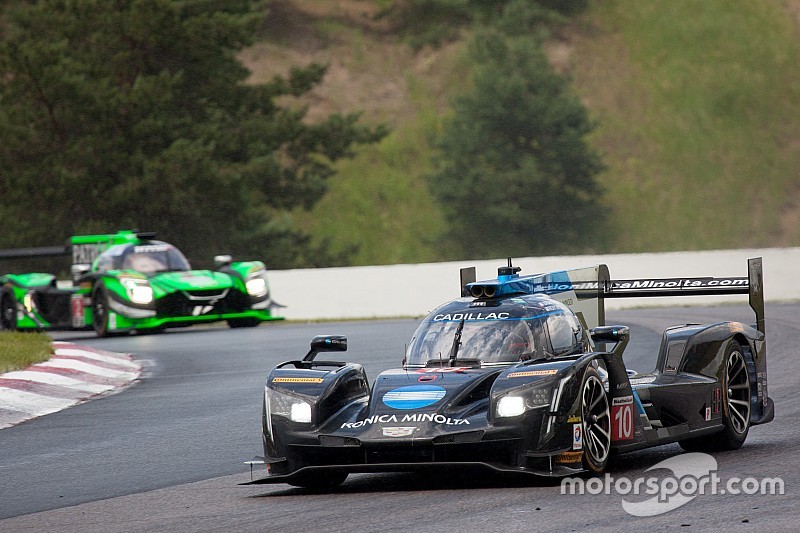 Ricky and Jordan Taylor will start this weekend’s WeatherTech Sportscar Championship race at Road America from pole position for Cadillac, outpacing the rest of the field by over a second.

Taylor said: “The car was just beautiful, but I think tomorrow will be a different story. There’s a lot of good cars out there. We’ve had a few frights about how we can lose points recently, and we want to wrap this championship up as soon as possible – that’s the big goal.

“We’ve been lower downforce than Daytona at every track this year [due to performance balancing], and normally Daytona is as low as you can go, but our guys keep finding ways of going fast.”

Christian Fittipaldi will start the #5 Action Express Cadillac from down in seventh, ahead of Misha Goikhberg’s JDC-Miller Oreca LMP2.

“I’m really happy,” said Muller. “The Ford Chip Ganassi boys work so hard, we have something open from last year – we had to fix a problem before the start, so it’s unfinished business.

“I really love it here at Road America, and it was tough this weekend because the track time was limited with all the rain.”

Alexander Sims will start third for BMW, lapping his M6 0.789s shy of Muller, with Gianmaria Bruni fourth for Porsche in the #912 machine that took pole last time out.

Martin Tomczyk qualified the second BMW fifth in class, ahead of Patrick Pilet in the #911 Porsche and the Chevrolet Corvettes of Oliver Gavin and Jan Magnussen.

James French was the only Prototype Challenge driver to dip under the two-minute barrier for Performance Tech Motorsports, almost 3s clear of his two rivals.

Jan Magnussen: Time to hit the top of our game