Two championships in sight for Ferrari at Petit Le Mans 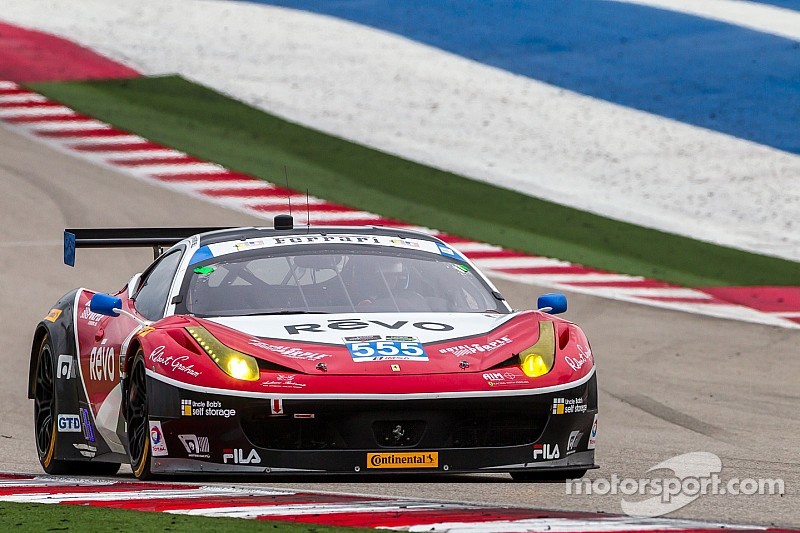 NAEC and TUDOR honors up for grabs at Road Atlanta.

Two Ferrari 458 Italias will be competing for more than a victory at this weekend’s Petit Le Mans, the 10-hour / 1000 mile endurance classic at Road Atlanta which will serve as the finale to the 2014 TUDOR United Sportscar Championship.

Drivers of the no. 555 AIM Autosport Ferrari 458 Italia, Townsend Bell and Bill Sweedler, enter the final race of the year in third place in the GT-Daytona driver championship. Ferrari Challenge driver Conrad Grunewald will join the team for Petit Le Mans, which will also be supported by Cauley Ferrari.

Looking for third win of the year

The no. 63 Scuderia Corsa Ferrari 458 with drivers Alessandro Balzan and Jeff Westphal will be looking for their third victory of the year to help secure the championship honors for Ferrari. For Petit Le Mans, the duo will be joined by Brandon Davis and Kyle Marcelli.

The lone Ferrari in the GT-LeMans class, the no. 62 Risi Competizione Ferrari 458 Italia, will have experience on its side as the team have captured three victories and five additional podiums at Petit Le Mans. Bolstering the team’s chances at a fourth victory, drivers Pierre Kaffer and Giancarlo Fisichella will be joined by Ferrari driver Oliver Beretta.

Petit Le Mans will be streamed live on Saturday, October 4 at 11:00 AM ET on IMSA.com, with a broadcast beginning at 3:00 PM ET on FOX Sports 2. The race will re-air on Sunday, October 5 at 8:00 AM ET on FOX (check local listings). Fans of Ferrari can stay up to speed with the events of the weekend by following @Ferrari USA and #FerrariGTRacing on twitter and Instagram.

Petit Le Mans a must win for WeatherTech Racing