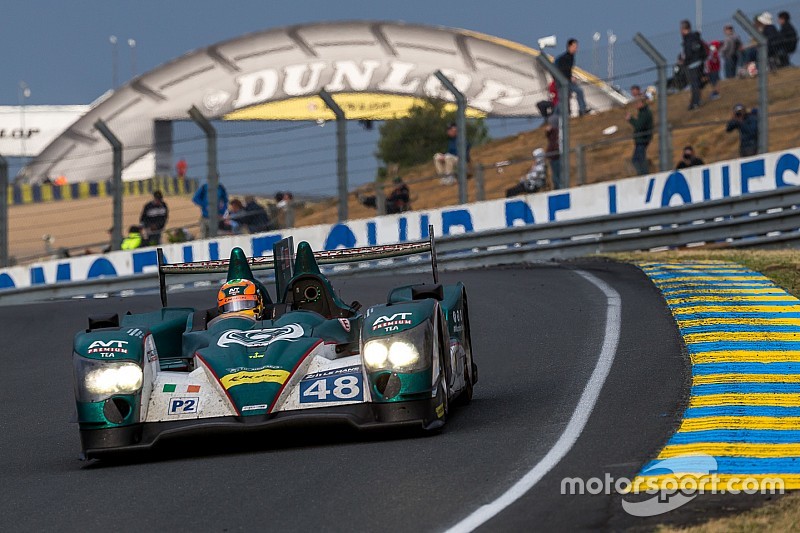 The Irish team achieved their best ever Le Mans result, finishing fifth in the LMP2 class with Chandhok, Nathanael Berthon and Mark Patterson.

And overall, they were 13th in the pecking order at the end of a gruelling 24 hours of racing.

"I really enjoyed the race this year," Chandhok told Motorsport.com.

"For the first 18 hours we were in a fantastic fight between third and sixth and it kept going back and forth.

Chandhok admitted that the Oreca 03R chassis was not competitive enough to challenge the top LMP2 teams ahead.

"We weren't fast enough to challenge the new Oreca 05s, the Ligiers or the Gibson Zyteks on pace," he said.

"The 03R Oreca was a bit behind the game, but we maximised what we had during the race.

Even though the team was down on pace, strategically they did well for the first 18 hours, which kept them in the top three.

"We really had to push a 100 percent and also manage the fuel strategy because we knew that to get a result, we had to be better on fuel economy than some others.

"The Murphy Prototypes team did a great job to squeeze every last bit of performance from the chassis."

Issues with car during the race

The race was not all smooth sailing for Chandhok, who revealed the team battled various issues throughout the 24 hours.

"We had a bit of an issue with the steering during my second shift in the night so we did a precautionary stop and lost half a lap to the G-Drive car," he said.

A weird call costed the team another half a lap during one of the safety car periods.

"We also lost a chunk of time when we pitted as the safety car went in because they held me at the end of the pitlane for some reason."

Team-mate Patterson spun in the early hours of the morning, which resulted in a heavy damage to the rear of the car.

"We now realise a broken damper caused him to spin, which was a real shame for everyone in the team," Chandhok revealed.

Elated with his stints

This was Chandhok's fourth Le Mans visit, and his best finish to date. He was elated with his own performance.

"I was pretty happy with all of my stints to be honest," he said.

"I had a clean run throughout with no mistakes, didn't hit any other cars, didn't even cut a chicane which is always nice for the team!

"My first triple stint was pretty uneventful but the next two through the night were really hard work.

"I actually was aiming for a quadruple on the third shift but we boxed early during my fourth stint because the safety car.

"We were back up to third at that point so I felt pretty happy when I went to sleep at 8:30am after 25 hours of being awake!"

When asked if he was looking to comeback next year, or possibly combine WEC with Formula E, Chandhok said he was planning in working on a deal for 2016.

"We'll chase some deals in the second half of the year and see if something comes off."