Petronas SRT has confirmed Jake Dixon will make a second MotoGP appearance in next weekend’s Aragon Grand Prix, while John McPhee will make his Moto2 debut.

Dixon made his MotoGP debut last weekend at the British GP filling in for the injured Franco Morbidelli on SRT’s ‘A-spec’ Yamaha.

Yamaha test rider Cal Crutchlow had been filling in at the Austrian double-header, but Maverick Vinales’ ousting from the factory Yamaha team forced the marque to call up Crutchlow to replace the Spaniard.

Dixon encountered tyre issues in the Silverstone race and ended up over 50s off winner Fabio Quartararo as the last classified runner in 19th, something which left him “really annoyed” with his premier class debut.

His Moto2 teammate Xavi Vierge was offered the SRT M1 for the Aragon round, but rejected the offer as he felt it would do more damage than good to his career prospects.

As a result, Dixon has been offered the Yamaha for a second weekend.

Former SRT Moto3 rider Adam Norrodin took over Dixon’s Moto2 seat at Silverstone, but the team will give Scotsman McPhee an opportunity to make his intermediate class debut at Aragon. 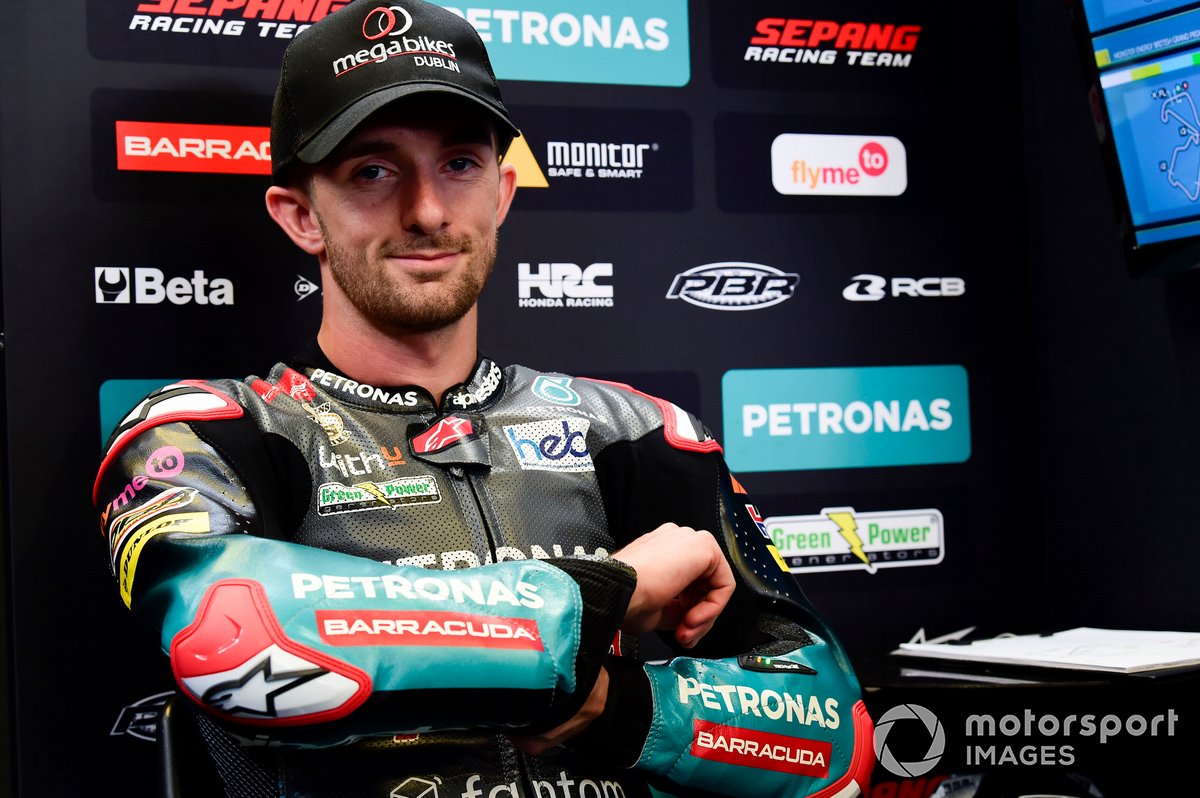 “The current dynamic status of the team allows some exciting opportunities for our riders and also new talent,” team boss Razlan Razali said.

“We were satisfied with Jake’s MotoGP debut at the British Grand Prix so want to give him the opportunity to continue his learning in the MotoGP class in Aragon.

“This of course leaves a space in his seat in Moto2 which we wanted to give to John, who will make his Moto2 debut.

“Subsequently, this leaves a perfect platform for us to lend his seat to Syarifuddin Azman from the FIM CEV.

“Azman won one round in Barcelona of the FIM CEV, and I think it’s a great chance for him to gain experience to determine his level in the Moto3 World Championship.

“We are excited by the prospect of giving exposure to our young riders and we wish them all the best.”

Last weekend SRT announced it would be quitting MotoGP altogether at the end of 2021, with a new entity headed by current management Razali and Johan Stigefelt to be unveiled for 2022 at the San Marino GP.

Andrea Dovizioso will make his MotoGP return with SRT at Misano in place of the factory Yamaha-bound Morbidelli, with 15-time MotoGP winner Dovizioso to remain with the rebranded squad in 2022 on a factory M1.

Vinales says Aprilia test ‘happiest’ he’s ever been in MotoGP

Dixon: Judging 2022 MotoGP prospects on Silverstone debut would be 'unfair'