Rossi has “more potential” than 2019 with new crew chief

Valentino Rossi admits he has “more potential” this year thanks to the arrival of new Yamaha MotoGP crew chief David Munoz in the winter. 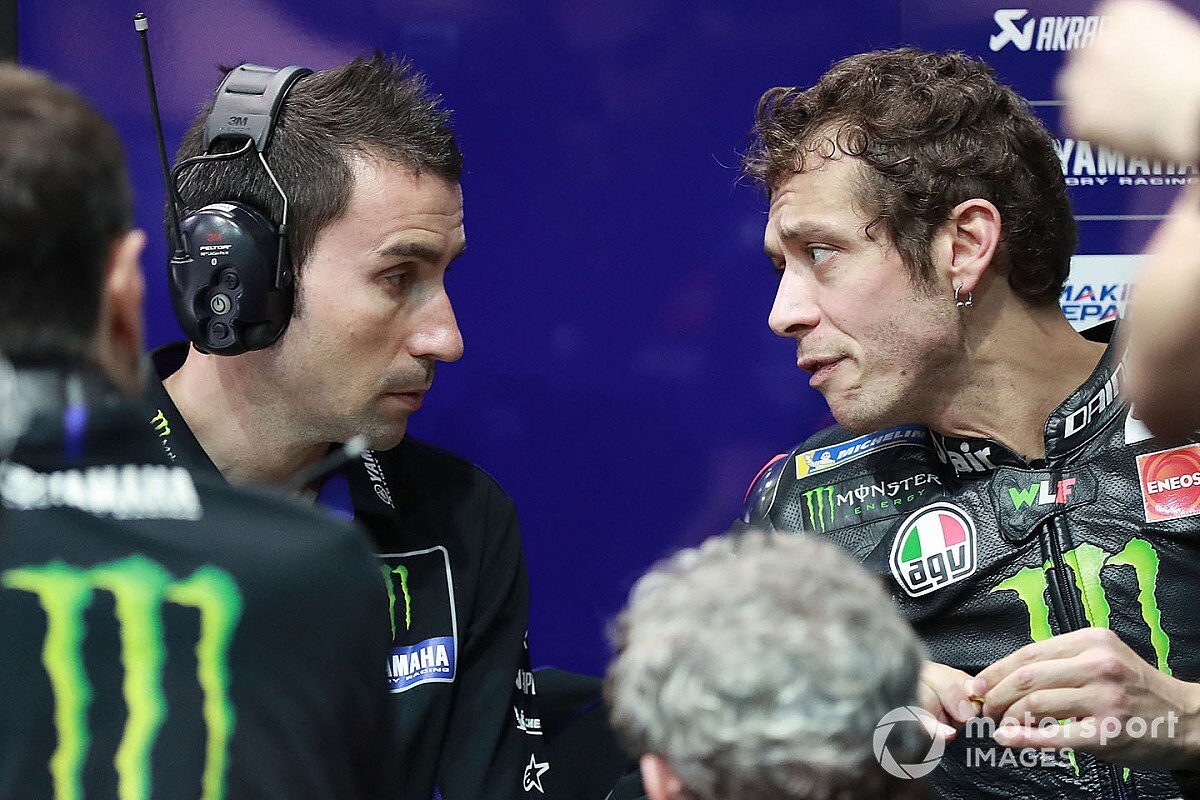 Seven-time MotoGP world champion Rossi announced late last season that he would be parting way with then-crew chief Silvano Galbusera, who had been with the Italian since 2014 as replacement for long-time Rossi crew chief Jeremy Burgess.

Galbusera – who now works with Jorge Lorenzo in the Yamaha test team – has had his place taken by Munoz, who previously guided Rossi protege Francesco Baganai to the 2018 Moto2 crown.

Rossi and Munoz began working together in the post-season tests at Valencia and Jerez, and was full of praise for the “different” approach his new crew chief has.

“We did the winter tests together, so Valencia, Jerez, Malaysia and Qatar, and the first impression is very positive,” Rossi said when asked about Munoz.

“He has a different way of working, because David doesn’t have a lot of experience but is a very young chief mechanic.

“I feel good because he has a very good approach, he is always very quiet and also already has a good relationship with the rest of my team, all my mechanics.

“The atmosphere in the team is very positive because everyone is very happy. So, this is for sure a help very much for the results.

“Also, from the technical point of view, he is very ready for anything.

“He knows the bike, he worked during the winter to be ready, and I’m very curious to make a race weekend together because I think we have more potential than last year.”

Munoz was very much seen as a key factor over the winter in helping Rossi determine whether or not to continue racing past 2020, with it thought a new perspective could unlock more performance from the veteran Italian.

Rossi has lost his seat at the works Yamaha team for 2021 to Fabio Quartararo, but has been guaranteed full support from the Japanese marque at a satellite squad should he choose to continue.

Originally, Rossi wanted to use the opening handful of races to evaluate his performance before making a decision.

While he is yet to take a decision, the delay to the 2020 season due to the coronavirus pandemic has now led Rossi to suggest that he is leaning towards staying for 2021 given he will have to make his next move without having contested any races.