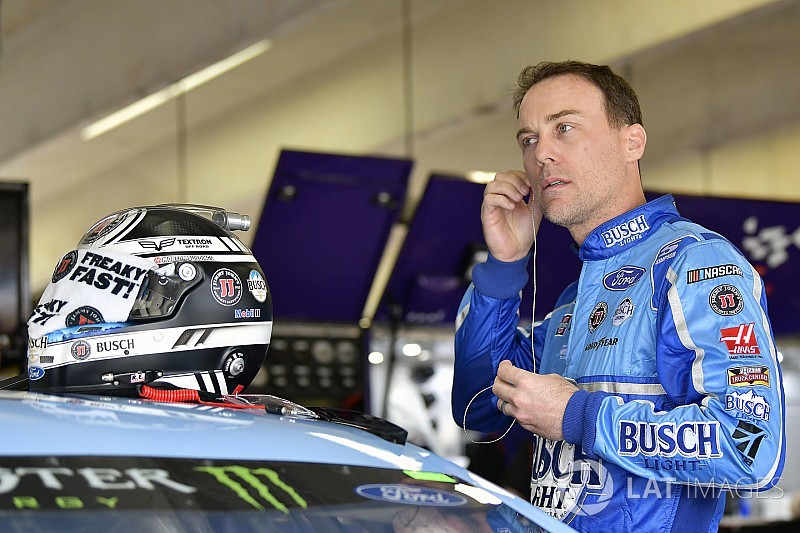 Kevin Harvick picked up at Kansas Speedway where he left off at Dover.

Fresh off his fourth Monster Energy NASCAR Cup Series victory of the season, Harvick went out late in the two-plus hour session and rocketed to the top of the speed chart.

“I feel like this has honestly been one of our best race tracks as I’ve gone through the years, and especially since I’ve come to SHR,” Harvick said Friday at Kansas Speedway. “I don’t feel like we’ve won as many races here as we probably should have – some of it of our own doing and some of it just circumstances.

“But we’ve always run really, really well here and, for me, I look forward to coming here for a number of different reasons.”

Rounding out the Top 10 were Daniel Suarez, Aric Almirola, Chris Buescher, Ryan Blaney and Martin Truex Jr., who has won the last two races at Kansas.

Nearly 24 minutes into the session, the caution was displayed as weepers began appearing on the track surface in Turn 2. A bump had emerged in the track and several drivers thought the track was coming apart.

Track workers drilled holes and cut lines in the asphalt which produced small fountains of water spouting up from underneath.

“Hopefully they can fix the track and we can get back out there and keep working on it. I’m sure they’ll figure out what the heck is going on.”

Paul Menard was the first driver to return to the track after workers had completed repairs and didn’t appear to have any issues.

Nearly 50 minutes into the session, Matt Kenseth – making his first series start since the 2017 season finale at Homestead, Fla. – got on the track for the first time in Roush Fenway Racing’s No. 6 Ford. He ended up 28th-fastest.

Matt Kenseth: "I don't feel like I have anything to prove"